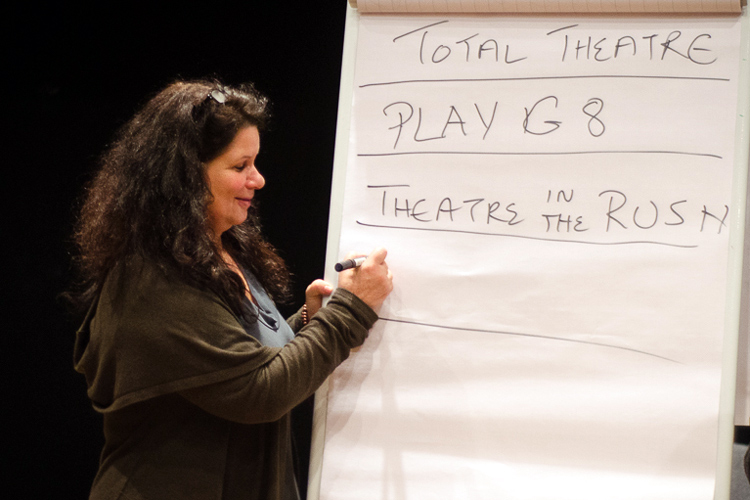 U.S. Embassy Prague is pleased to announce that seasoned American theater director, playwright, and actress Jessica Litwak will present a multi-city project in the Czech Republic exploring the fear of difference and the impact of changing communities.

New York City-based Jessica Litwak will present her socially engaged theater project in Prague, Brno, České Budějovice, Pilsen, and Ústí nad Labem over a three-week period in February and early March. Her project, which includes several Czech actors, is focused on theatrical exploration of the subject of fear, particularly of those different than ourselves.

In addition to conducting multiple workshops and lectures, Jessica will direct and present a performance of her work, Fear and Love /Every Soul Deserves a Home, which reflects on the fundamental issues and fears that may exist among the local population as a response to newcomers in their communities.

Program of Jessica Litwak in the Czech Republic:

Programs will be in English, with interpretation into Czech.

Jessica Litwak is a performance-based activist who seeks peaceful solutions to conflicts on local and global levels, as well as greater openness towards minorities. She shows that by using the theater to process concerns, clarification and problem-solving is more likely to occur. The project is supported by the prestigious United States Department of State’s Arts Envoy program and U.S. Embassy Prague.

Jessica Litwak is a registered therapist and qualified instructor of playback theater, psychodrama, sociodrama, and Theatre of the Oppressed. She is the Artistic Director of the H.E.A.T. Collective and the New Generation Theatre Ensemble. She has taught and performed socially-engaged theater in many theaters and universities in the United States and throughout the world (Iraq, Lebanon, India, Palestine, Israel, Turkey, Hungary, Egypt and the United Kingdom and Italy). Litwak is a key member of Theatre without Borders and a recipient of a U.S. Fulbright scholarship.