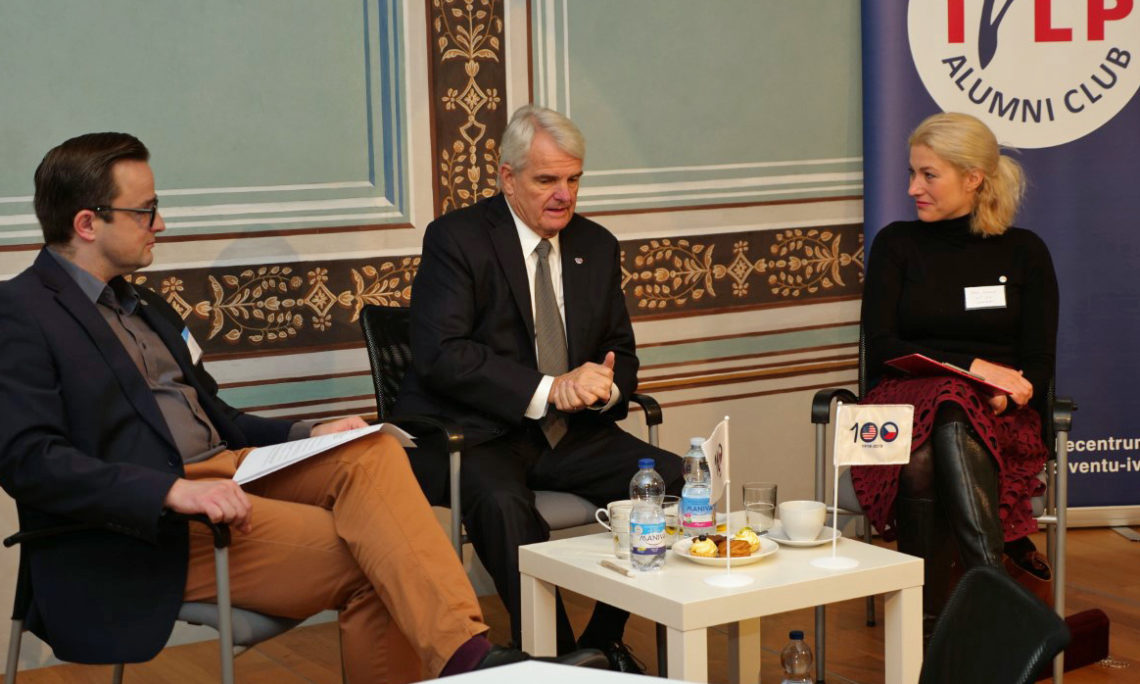 The International Visitors Leadership Program (IVLP) Alumni Club hosted an inaugural breakfast meeting for its members at the American Center.  Ambassador King joined the event as a distinguished guest and was interviewed by the IVLP alumni Tereza Engelova and Vaclav Sochor.  He spoke about his life of a diplomat in Prague as well as about his entrepreneurial experiences running businesses in the United States.

This was the first in a series of networking events which the IVLP Alumni Club organizes for its members to build on the professional connections made through participation in the program and maximize their potential.  The next IVLP networking breakfast planned for January 15, 2019 will touch upon the topic of media independence in the Czech republic.

Within the framework of the IVLP exchange programs, experts and leaders from various countries around the world travel to the US for short-term study programs. Since 1992, more than 500 professionals from the Czech Republic have participated in the program, including those working in the area of politics, public administration, education, science, non-governmental organizations, culture and others.