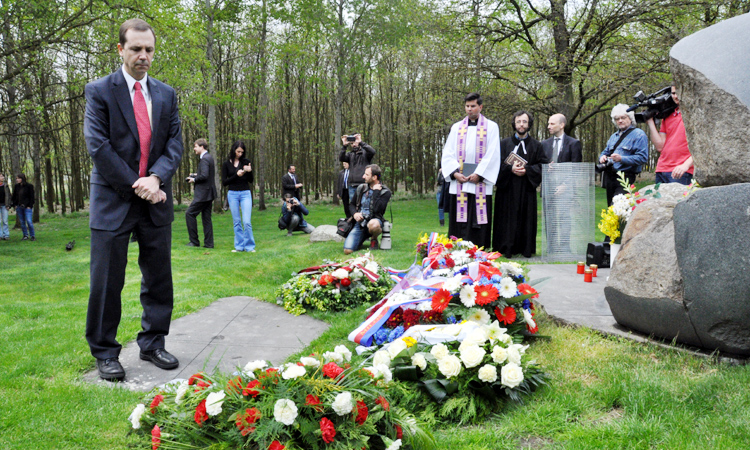 U.S. Embassy Acting Deputy Chief of Mission James Merz participated on May 13 in the ceremony paying homage to Roma victims of the Lety concentration camp.

U.S. Embassy Acting Deputy Chief of Mission James Merz participated on May 13 in the ceremony paying homage to Roma victims of the Lety concentration camp that existed during the Second World War in woods near the city of Pisek in South Bohemia. “Those people were sent to Lety and later to other concentration camps because of ignorance, hatred and bigotry. After the war, we collectively said ‘Never more.’ … Today, the Czech Republic and the United States share the ideal that everyone should be treated equally, and that being different is no cause for bigotry,” Merz said.

The camp at Lety u Pisku was almost forgotten after World War II ended. A large pig farm was constructed near the site in the 1970s. In 1992, the book Black Silence by Paul Polansky brought the history of the camp back to light. President Vaclav Havel built a small memorial at the site in 1995, and fifteen years later, a renovated memorial was opened. Relocating the pig farm that neighbors Lety u Pisku continues to be debated.