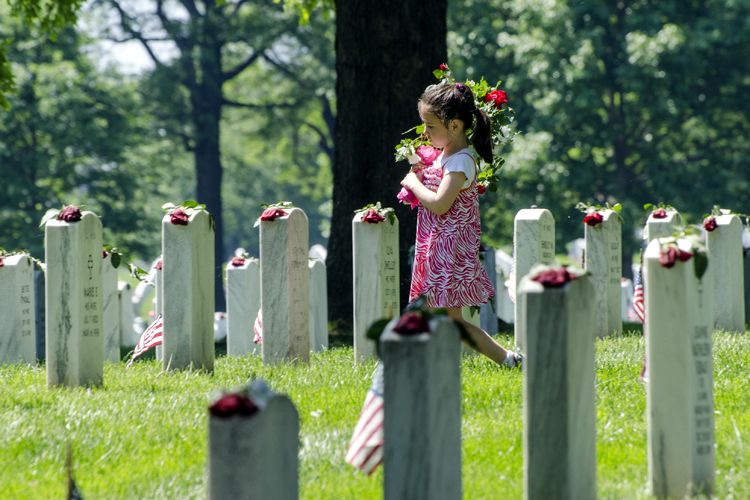 The United States recognizes members of the armed forces that died in combat on the last Monday in May, which also commemorates the end of Civil War hostilities in 1865.

Originally called Decoration Day, this holiday was first celebrated in 1866 to recognize soldiers who fought in the Civil War. Today the holiday recognizes all American soldiers who died in any war.

Typical activities include parades and decorating the graves of soldiers with flowers. Traditionally Memorial Day marks the beginning of summer.