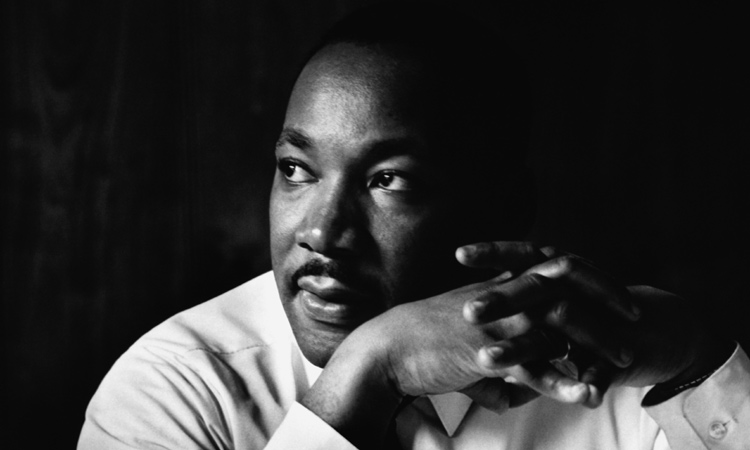 Martin Luther King Jr. listens at a meeting of the SCLC, the Southern Christian Leadership Conference, at a restaurant in Atlanta.

Born in Atlanta, Georgia on January 15, 1929, King gained considerable prominence during the Montgomery Bus Boycott that resulted from Rosa Park’s refusal to obey a city ordinance and give up her seat on a bus to a white person. Following King’s involvement in the boycott, his name became synonymous with the American civil rights movement.

King was greatly influenced by Gandhi and the idea of non-violent civil disobedience as a means of enacting social change. He was assassinated on April 4, 1968.