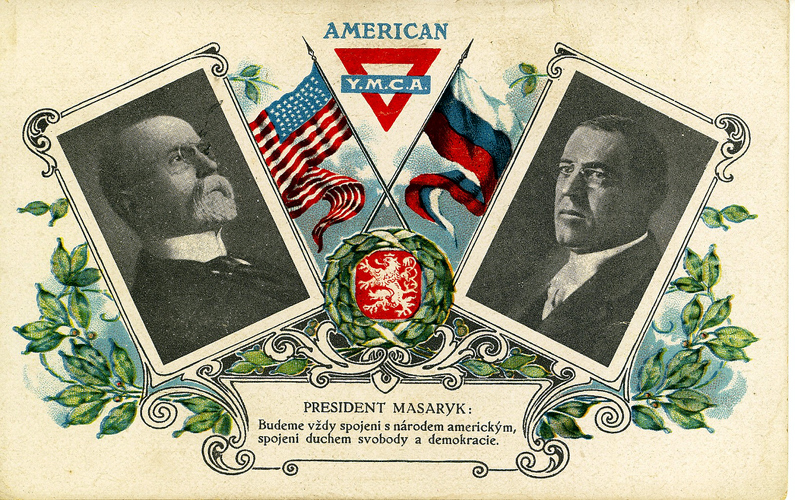 Postcard featuring presidents Tomáš Garrigue Masaryk and Woodrow Wilson and President Masaryk's quote: "We will be always connected with the American nation, connected through spirit of liberty and democracy."

On October 28, 1918 the first independent Czechoslovak state was founded from territories that were previously part of the Austro-Hungarian Empire. President Tomáš G. Masaryk became the leader of a state that was based on President Woodrow Wilson’s 14 points, especially the principle of self-determination.

Czechoslovakia became one of Europe’s first successful multi-party parliamentary democracies, and it was stable enough to withstand the international depression of the 1930s. The First Republic only lasted two decades until Nazi Germany occupied the Czech Lands in 1938-39.

Although Czechoslovakia no longer exists today, Czechs continue to view October 28 as the day of their national founding.