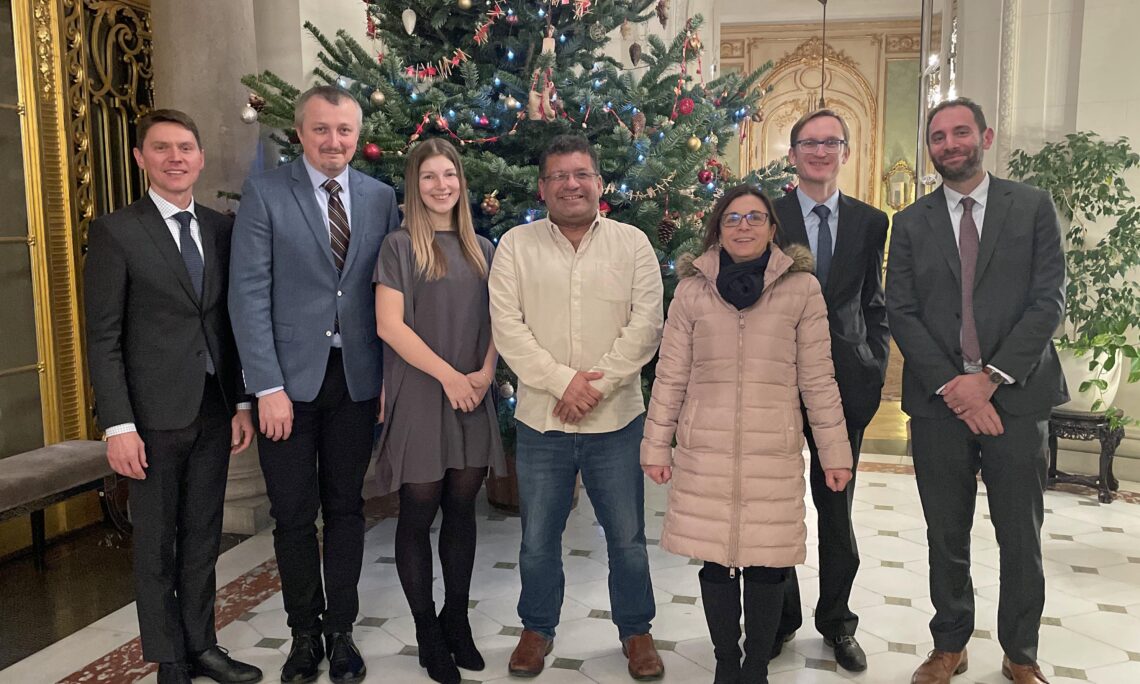 Chargé d´affaires Christy Agor said: “I am excited to host you today to talk about Quantum Information Science and Technology – an area that is a top scientific priority for the United States, the European Union, and of course the Czech Republic. The United States recognizes the tremendous economic implications of quantum technologies. Quantum applications could help us supercharge artificial intelligence, devise better clean energy technologies, and have applications across space, finance, health, and many other sectors. However, the United States also recognizes there are profound national security implications to quantum science and technology, and that’s one of the reasons I am so glad that democratic Allies – such as the Czech Republic – are playing a leading role in this field. To discuss the best approach and jumpstart mutual collaboration, we have invited IBM – one of the world’s leading companies in quantum – as well as top local representatives from academia, industry, and government to the residence this evening. I believe with this line-up we can open the next chapter on quantum for the Czech Republic.”