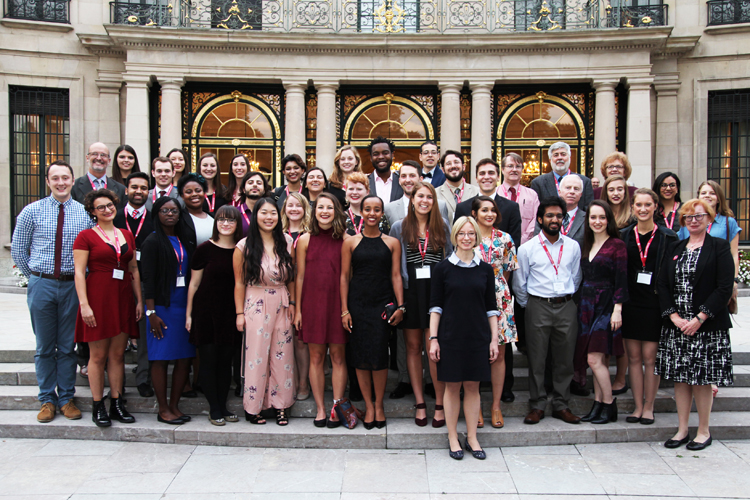 Forty U.S. Fulbright grantees who will teach and do research in the Czech Republic in the 2017-2018 academic year met with their hosts, collaborators, Czech Fulbright Alumni, and Embassy officials at a reception hosted by Chargé d’Affaires Kelly Adams Smith on September 19.

From 1992 to 2017, the program has supported almost 900 Czech grantees and more than 750 U.S. grantees. These numbers represent decades of cooperation among scientists and researchers, hundreds of innovations, close partnerships, and thousands of motivated students.