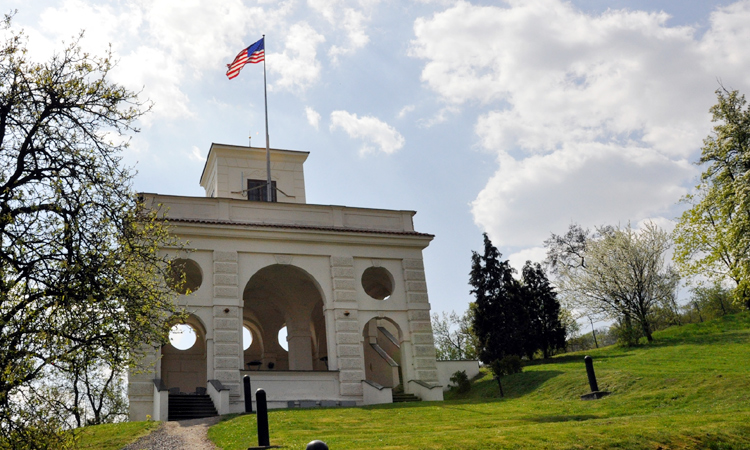 The U.S. Embassy is currently housed in the Schoenborn Palace in the Mala Strana district of Prague. Richard Crane, the first U.S. Ambassador to Czechoslovakia, sold the Palace to the United States Government in 1925 for $117,000.

It is built on the site of an earlier house that was destroyed during the Thirty Years War (1618—1648) when the Mala Strana quarter was occupied by invading Swedish forces. The present palace was erected in the period 1643 – 1656 by Count Colloredo-Wallsee.

The palace was remodelled in 1715 by Italian architect Giovanni Santini, who was architect for Prince Charles of Liechtenstein. The decorative moldings around the windows are adorned with ornamental heads and garlands in the baroque style, and the arch leading to the central courtyard is supported by two gigantic caryatids (Atlantes), the work of Matthias Braun, one of the best sculptors of the age. Behind the palace stretches a terraced garden and orchard of seven acres which extends up a hillside topped by the Glorietta, from which the American flag flies. 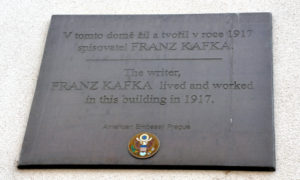 The palace is built in four wings around three courtyards. Altogether, it contains over one hundred rooms, many originally hung with damask and decorated with stucco. The ceilings of the rooms on the first floor are over 30 feet high.

The palace is referred to as Schoenborn after the last titled owner before it was purchased by Crane (whose family, incidentally, was related by marriage to the Masaryk family). Among the owners of the palace before it was acquired by Crane were Cardinal Prince Dietrichstein; Count Rudolph Colloredo; Charles, Count of Hatzfeld; The Prince of Hatzfeld; and Count Schoenborn. Franz Kafka also lived in the palace briefly in 1917.

The U.S. Embassy is an operational government facility and access is limited to employees and official visitors. The Embassy regrets it cannot offer tours of the building. 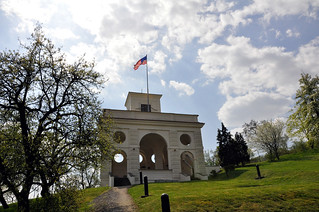