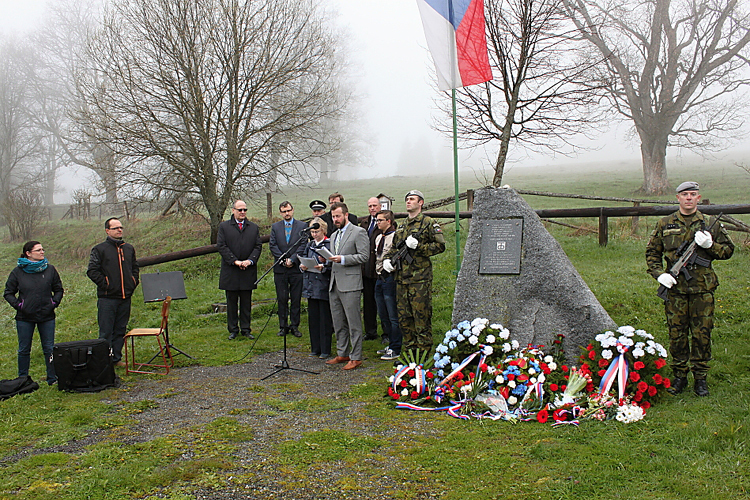 Economic Officer Noah Woodiwiss and Political Specialist Helena Markusova delivered remarks to mark the 71st anniversary of the end of World War II in Zhůří and Klatovy on May 5th. Ten American soldiers from the 90th Infantry Division were killed in Zhuri in the last days of the war while liberating the Czechoslovak people and dozens of local residents travelled up the windy mountain roads to pay their respects.

A larger crowd, including a parade of dozens of U.S. military, attended the second memorial of the day in downtown Klatovy at the site of the Town Hall.