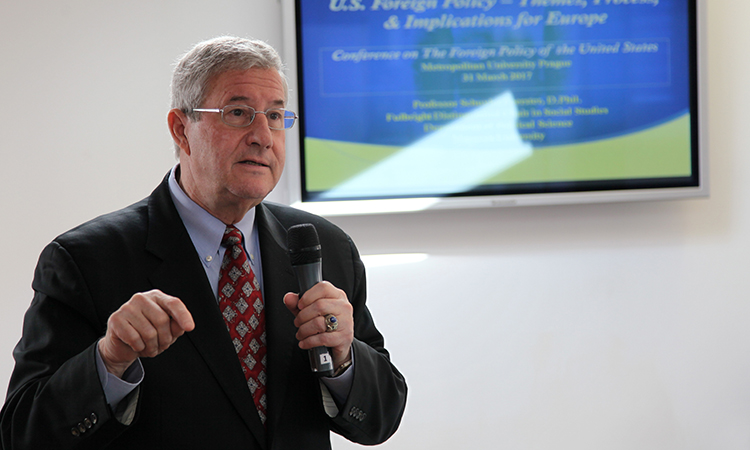 “It takes a government to turn statements into policy,” pointed out Dr. Schuyler Foerster, Fulbright Distinguished Chair in Social Studies at Masaryk University, at a conference on U.S. Foreign Policy, organized by Metropolitan University in Prague on March 31. The conference was open to students and the general public.