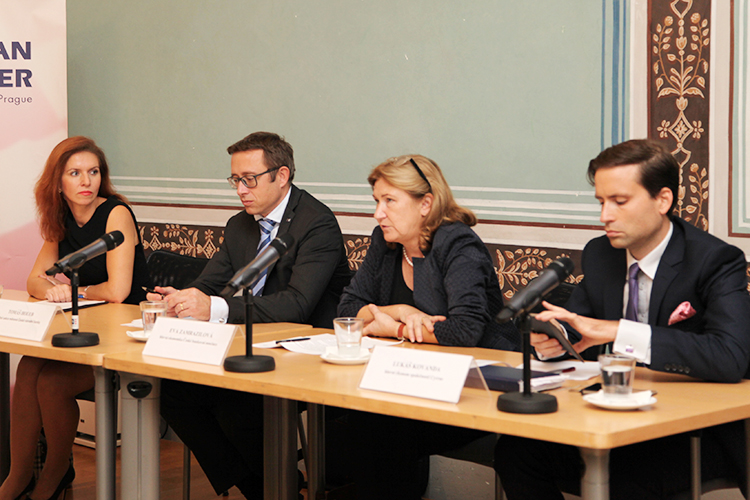 The Czech IVLP Alumni Club coordinated a panel discussion on Economic Development after the elections in the Czech Republic with Chief Economist of the Czech Banking Association Eva Zamrazilová, IVLP Alumnus and Executive Director of the Currency Committee of the Czech National Bank Tomáš Holub, and Chief Economist of the Cyrrus Company Lukáš Kovanda on October 19 at the American Center.

Leading Czech economists discussed biggest challenges for the Czech economy, influence of politicians on the economic growth and measures which the future coalition should take after the elections in the Czech Republic. IVLP alumna and recognized Czech TV Reporter Nora Fridrichová moderated the panel discussion.

The International Visitor Leadership Program (IVLP) is the U.S. Department of State’s premier professional exchange program. Launched in 1940, the IVLP is a professional exchange program that seeks to build mutual understanding between the U.S. and other nations through carefully designed short-term visits to the U.S. for current and emerging foreign leaders. More information can be find at exchanges.state.gov.