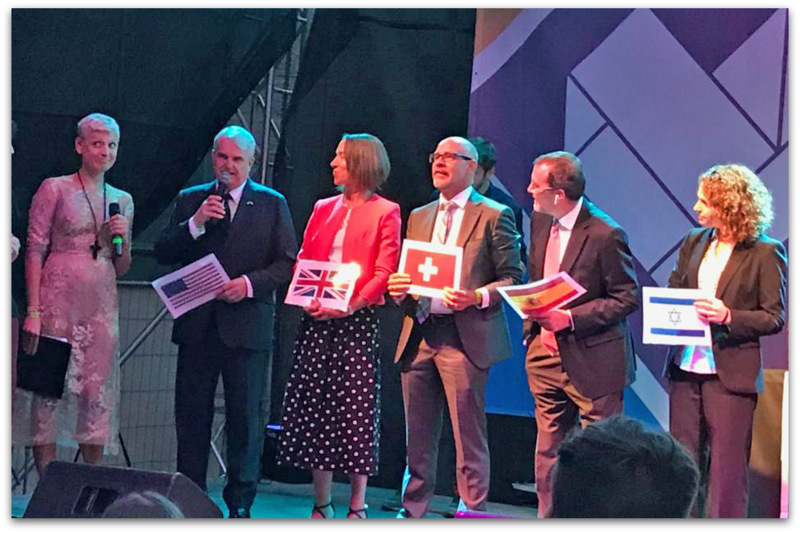 We, Heads of Diplomatic Missions in Prague, support the human rights of all, including LGBTI persons. Diplomats from eleven countries will proudly join the Pride Parade in Prague on August 10, 2019 behind a #DiplomatsforEquality banner.

We join together to express our support for the human rights and fundamental freedoms of LGBTI individuals, as we recognize the benefits of diversity around the world.

Across our borders, we remain committed to improving institutional protections against discrimination; removing or amending discriminatory laws, policies and practices; reducing violence or harassment based on discrimination; and increasing opportunities for all people to fully participate in our societies. We do this because inclusive and tolerant societies are more peaceful and more prosperous.

Criminalization of and intolerance towards LGBTI persons denies them their human rights, and weakens society by allowing violence and bullying to go unchecked, often with severe consequences for the health and well-being of those targeted and their families.

On August 10, for the first time in Prague, staff from our Embassies will proudly walk together in the Prague Pride parade behind a single #DiplomatsforEquality banner, to demonstrate unity and solidarity among the Prague diplomatic community for the human rights of LGBTI persons everywhere.

Check out the rainbow flags flying or on display at some of our missions. Follow us through the week on our social networks. Come join us at Prague Pride!