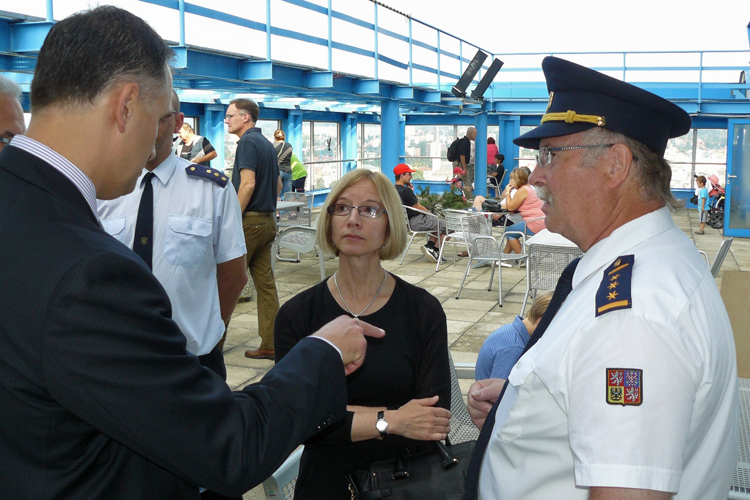 Deputy Chief of Mission Kelly Adams-Smith visited Liberec on Saturday, September 10 to observe the Manhattan Rescuers Memorial 2016, an event organized each year by both voluntary and professional firefighter corps to honor those who lost their lives or were injured during the 9/11 attacks in the United States.

The DCM witnessed firefighters and other rescue personnel in action and presented awards to the competition winners. In her remarks, Kelly Adams-Smith thanked the organizers, the Region of Liberec, the rescuers, and the audience for commemorating the victims of the 9/11 terrorist attacks, now 15 years ago and which changed the whole world.