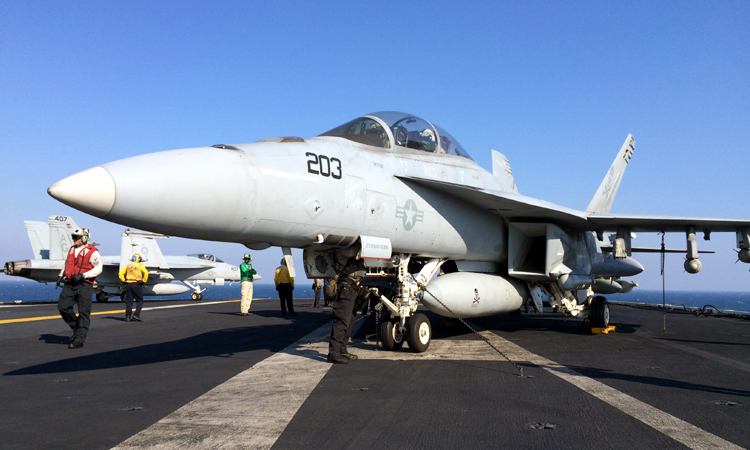 The Czech Television Middle East crew visited on February 13 and 14 the USS Harry S. Truman aircraft carrier deployed in the Persian Gulf.  The 333 meter-long vessel is the flag carrier of the U.S. Navy Fifth Fleet and a key element of the Inherent Resolve operation.

The television crew had a unique opportunity to cover the ongoing air strikes against ISIL targets on the territory of Iraq and Syria.  Also thanks to the U.S. Embassy Prague support, the U.S. Navy provided all necessary assistance to the TV crew which was able to send several reports including a live coverage from the deck of the USS Truman to the main evening news bulletin of the public Czech Television.

As a result, the Czech audience received first-hand information about the military aspect of the ongoing military mission in the region and behind-the-scenes work of over 5,000 sailors and airmen onboard of one of the largest warships in human history.