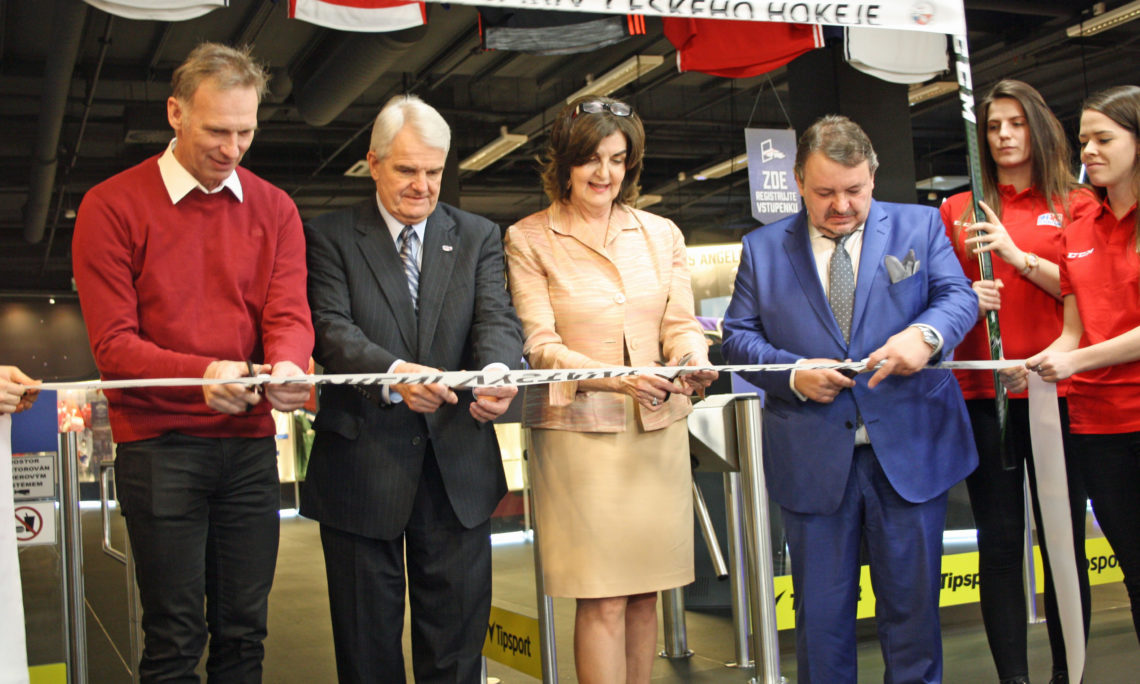 The Hall of Fame includes about 150 items, some of them borrowed from the Toronto Hockey Hall of Fame. “For some of those artefacts, this is the first time they can be seen in Europe. It is a great thing that the exhibition celebrates achievements of Czech, American and Canadian NHL players,” said President Tomas Kral of the Czech Union of Ice Hockey.

Ambassador King, who is a big fan of ice hockey in his home state of Wisconsin, said ice hockey and NHL´s popularity represent a great shared tie between Americans and Czechs.