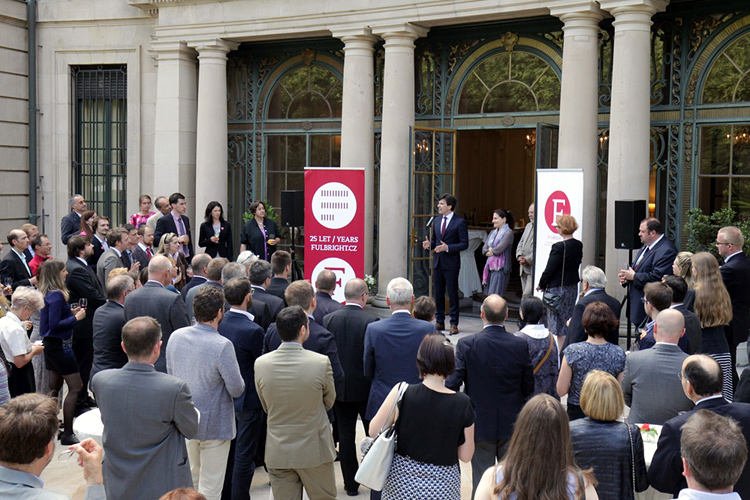 The Fulbright Commission celebrated on June 10 its 25th anniversary with a conference entitled From Aid to Cooperation co-organized under the auspices of the Deputy Prime Minister Pavel Bělobrádek, Minister of Education Kateřina Valachová (represented by Deputy Minister Stanislav Štech) and Ambassador Andrew Schapiro.

On the occassion of the anniversary, the Czech government officially announced its commitment to contribute an additional $1.5 million over five years to the Fulbright English Teaching Assistant Program, which will increase the number of U.S. English Teaching Assistants (ETAs) in Czech schools to 20 in the upcoming school year and subsequently 30 ETAs for the next four years.

The Fulbright program has contributed to mutual understanding between the United States and the Czech Republic for the last 25 years through various study programs, educational advising, and also public lectures and seminars around the country. The Fulbright Commission has provided scholarships to almost 900 Czech and 700 American citizens between 1992 and 2016.

Detailed information on the Fulbright Commission’s activities in the Czech Republic can be found here: www.fulbright.cz.