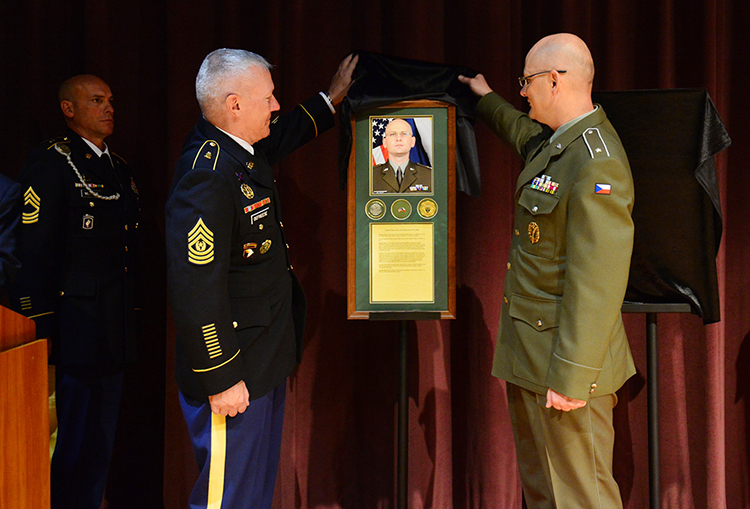 CSM Petr Seifert being inducted into the US Army Sergeant Majors Academy Hall of Fame.

The course is provided by the Embassy’s Office of Defense Cooperation through the International Military Education and Training program and the Czech Republic has sent one candidate to the course which is one year long for the past several years. The course is hosted at the U.S. Sergeant Majors Academy in Fort Bliss, Texas.