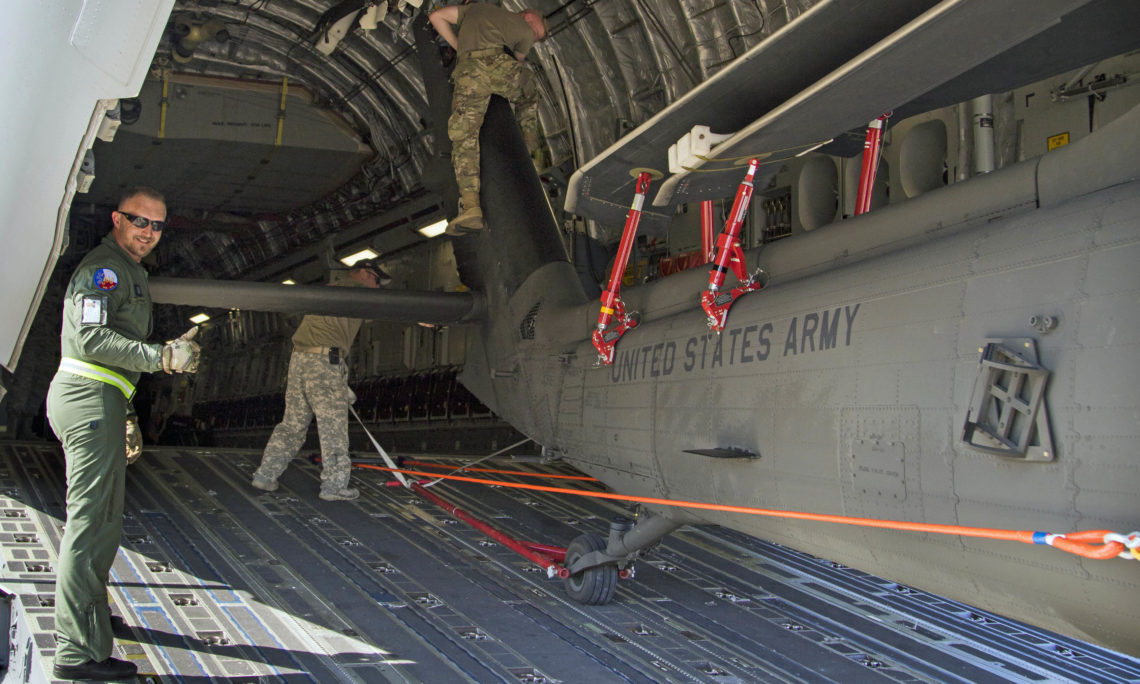 “This is what the State Partnership Program was designed to do help build capacity with our partners,” Williams said after the conclusion of the morning-long exercise in Lincoln.

According to Williams, the Nebraska National Guard has been cooperating with the Czech rotary wing Special Ops Air Task Unit (SOATU) since 2012 with the ultimate goal of seeing the unit deploy their high demand helicopters. One of the most important parts of this process, Williams said, is solving the challenge of moving the helicopters to areas of the world that need these valuable assets, and loading Russian made helicopters onboard U.S. cargo aircraft present some unique challenges.

According to Czech Col. Jaroslav Falta, commander of the Prague-based 24th Transport Wing of the Czech Air Force, the Lincoln exercise was designed to help his team of six Czech airmen get more information about C-17 loading procedures and hands-on actual experience in loading a helicopter onto the aircraft.

“The goal is to learn how to better cooperate together and build up our mutual capacity so that we are able to support each other wherever we are located,” Falta said. “This was the first step. In June, we will be actually loading our aircraft onto a C-17 in the Czech Republic.

The Lincoln exercise, which took place under near cloudless skies, consisted of a combined team of Czech Airmen, members of the Nebraska Army and Air National Guard and Airmen from the active Air Force’s 4th Airlift Squadron from McCord Air Force Base, Washington. That team worked to carefully load a Nebraska Army National Guard UH-60 Blackhawk helicopter – which has some similarities to the Czech Mi-171 – into the cargo compartment of the C-17 transport aircraft in three iterations and then correctly chaining it down to the floor of the C-17, all under the ever-watchful eyes of the C-17 loadmaster.

According to Lt. Col. Adam Knox, director of operations for the 4th Airlift Squadron, the exercise was beneficial for the entire team. “This is really a win-win for the entire total force team,” said Knox, who had previously served at the U.S. Embassy in Prague before moving onto his current assignment. “Although I’ve served as an Air Force foreign area officer and have experience working with members of a foreign military, many of my Airmen have never had that opportunity. So this gave us an opportunity to train on our cultural awareness, to better understand how to work with members of a military who aren’t native English speakers, to understand better how they operate.”