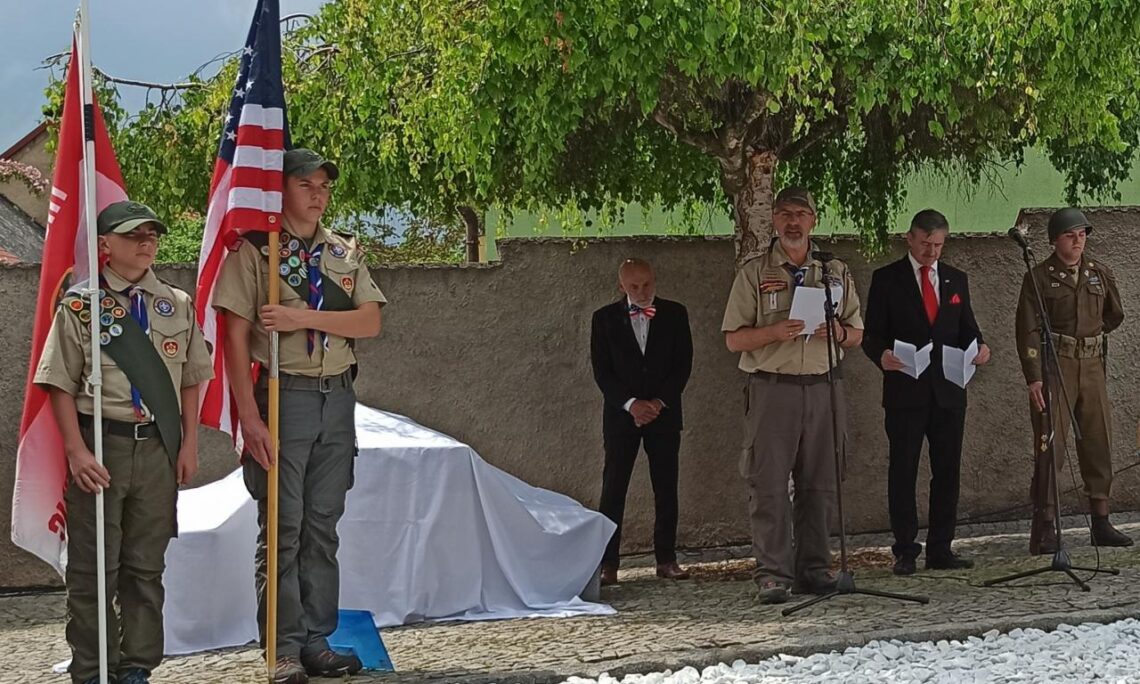 Cultural Attaché Erik Black and representatives of the Boy Scouts of America attended the ceremonial unveiling of a memorial to the U.S. Army’s liberation of Domažlice in World War II.

The families of four American veterans — Matt Konop, Robert Gilbert, James Duncan, and Herman Geist — raised approximately twenty thousand dollars to create the memorial. The town of Domažlice, which awarded the four men honorary citizenship in 2016, contributed a similar amount to fund the creation and construction of the memorial.