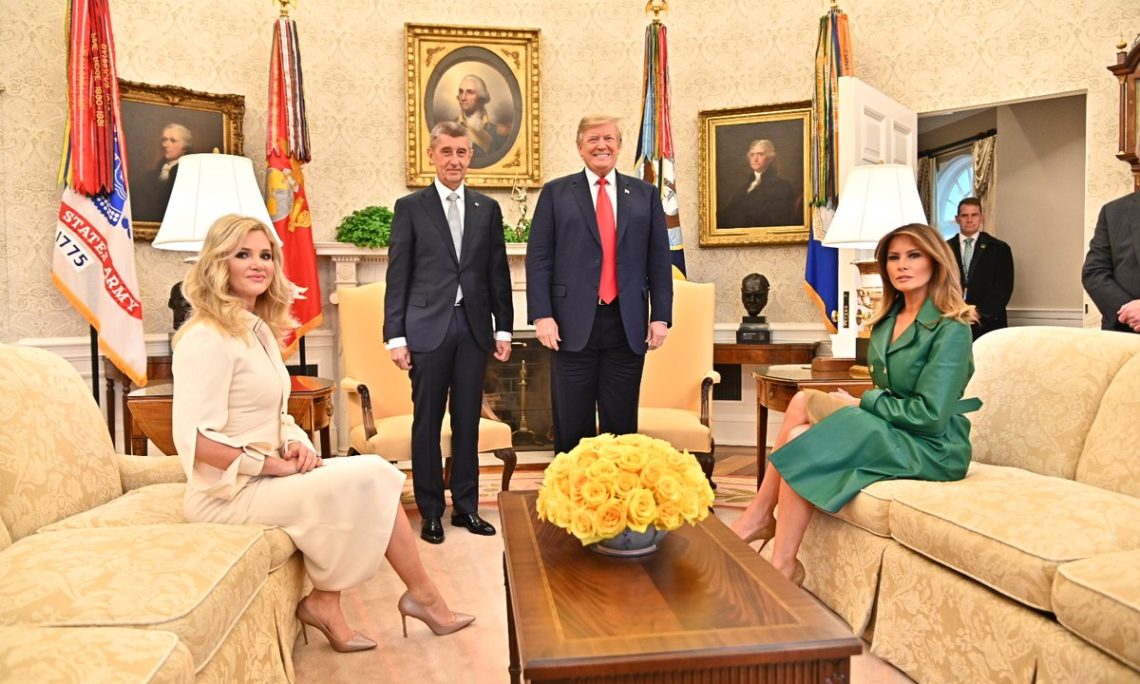 But I just want to say, Mr. Prime Minister, it’s a great honor to have you.  Thank you very much.

PRIME MINISTER BABIŠ:  So, Mr. President, Mrs. Trump, thank you very much for your warm welcome to the White House.  It’s a great pleasure for me and my wife to be here.

Our countries have been allies since the United States helped establish our first republic 100 years ago.  And it’s a very symbolic day today, Mr. President, because today is the birthday of our first president, Tomáš Garrigue Masaryk.  And he, by the way, was happily married to an American.

PRIME MINISTER BABIŠ:  So we are allies in NATO.  We commemorate our joining 20 years ago.  We will — we will — it is on next week, on 12 March.  And our soldiers are fighting alongside these U.S. soldiers —

PRIME MINISTER BABIŠ:  Czech Republic is a great country.  A small country but very beautiful, and the sixth safest in the world.  And this year, we celebrate 30 years since the Velvet Revolution, when the Czech people finally gained democracy and freedom.

So, Czech people are creative, innovative, great people.  You said in Brussels.

PRIME MINISTER BABIŠ:  And with unlimited potentials.  And our bilateral business relations are growing.

PRIME MINISTER BABIŠ:  Our investors are investing in the U.S. and already created thousands of jobs.

Mr. President, I watched your 2019 State of the Union Address, and I perfectly understand your plan: how to make America great again.  I have a similar plan to make the Czech Republic great again.

So I look forward for our discussion about international trade, energy, safety, and threats like cyberattacks and —

So thank you again for — to receive us here.

PRESIDENT TRUMP:  It really is an honor and it’s a great country, and it is a very creative country.  We’re working on cyber and many other things together, and working very well.

So I just want to thank you both for being with us and on behalf of the First Lady.  And you did a great job this morning, I understand, at the State Department.  Melania was very well received this morning by a lot of people.  So thank you very much.  Great.

Thank you, everybody.  Thank you very much.

Q    Mr. President, is there talk of pardons between your representatives, your lawyers, and Michael Cohen’s legal team?

Q    — very high numbers.  But the potential tariffs on the cars could be very harmful to the Czech economy.

PRESIDENT TRUMP:  We’ll see.  We’ll let you know in about a year.