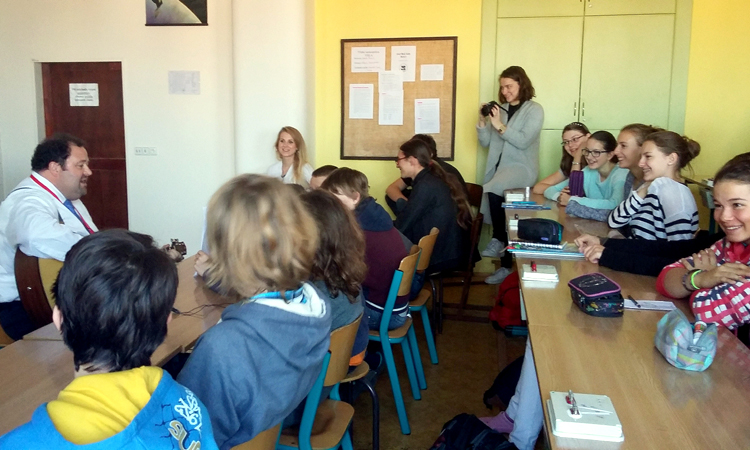 During his school visits, Castillo listened to presentations prepared by students and performed songs in Czech with groups of students.

Counselor for Public Affairs Ray Castillo traveled to Brno, Prostějov and Olomouc from November 3-6.  He spoke to students at an elementary school in Brno and visited a total of three high schools while in Brno, Olomouc, and Prostejov. He also gave a lecture on U.S. foreign policy at Brno’s Masaryk University with students studying international relations.

In addition to meeting over 200 students during his trip, Castillo also met with many principals and teachers to learn about their schools’ programs, curricula, and upcoming projects.  During his school visits, Castillo listened to presentations prepared by students and performed songs in Czech with groups of students.

Lastly, Castillo visited the Gaudeamus Education Fair and the Museum of Romani Culture, where he met with Director Jana Horvathova and attended a rehearsal of Brundibar by children from socially excluded areas in Brno.