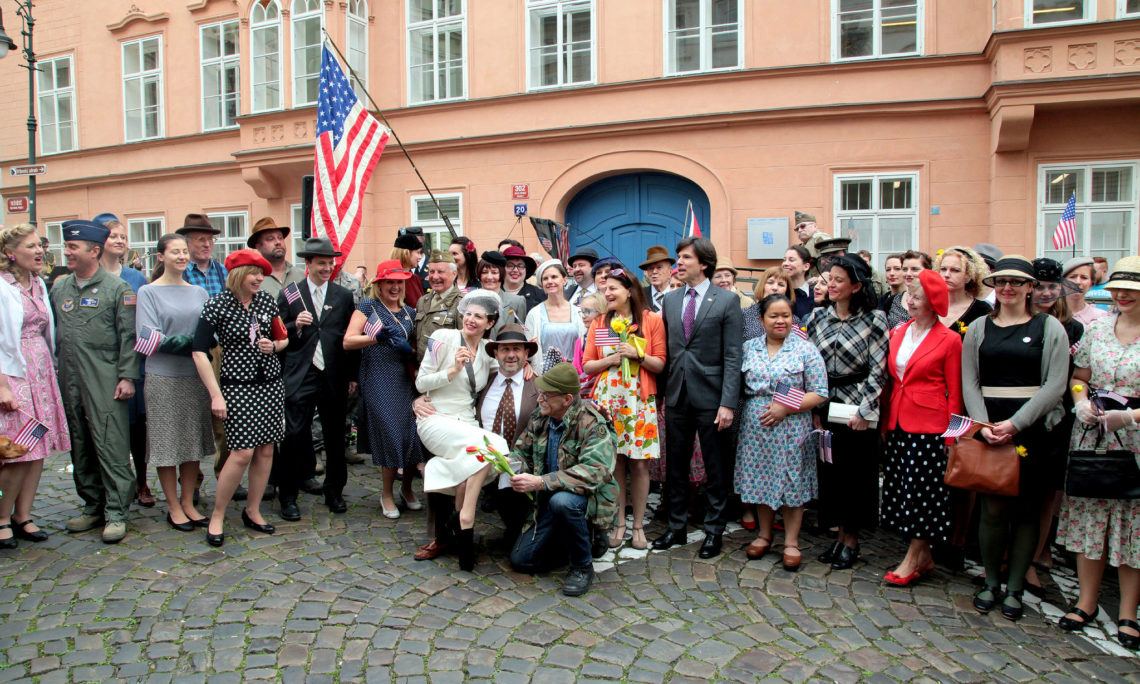 The Embassy employees welcomed the the Convoy of Liberty dressed in historical costumes from the 1940’s. (photo U.S. Embassy Prague)

To mark the 70th anniversary of the end of World War II, the U.S. Embassy in Prague hosted the Convoy of Liberty on Friday, April 24. The Embassy employees welcomed the Convoy dressed in historical costumes from the 1940’s, enhancing the festive atmosphere of the commemorative event. See the pictures on Flickr.

A convoy of thirty historical vehicles, which were used by U.S. soldiers who liberated western Bohemia and parts of southern Bohemia, arrived at the Embassy to mark the start of their week long journey. The restored military vehicles – primarily jeeps and motorcycles – were driven by a dedicated group of men and women who donned period uniforms that American troops wore during the World War II liberation. The Czech Army Band played a selection of period music from the era.

U.S. Ambassador Andrew Schapiro said that the events 70 years ago are connected with the present, because the project of free Europe still continues: „The American soldiers did not come to conquer your country, but to fight for ideals and values – freedom, democracy, and security.” He also spoke about the cooperation between Czech and American armies in Afghanistan.

According to Convoy organizer Mirko Trubka, this ride “is not only a commemoration for all the veterans, but also a fulfilment of an unfulfilled wish of General Patton who wanted to liberate Prague.”

On the last Friday in April, the Convoy traditionally begins its tour around locations in western Bohemian that were liberated by General Patton’s Third Army. The tour will conclude on Sunday, May 3 in a parade during the Pilsen Liberation Festival. 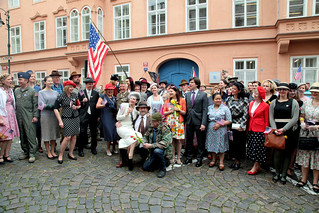