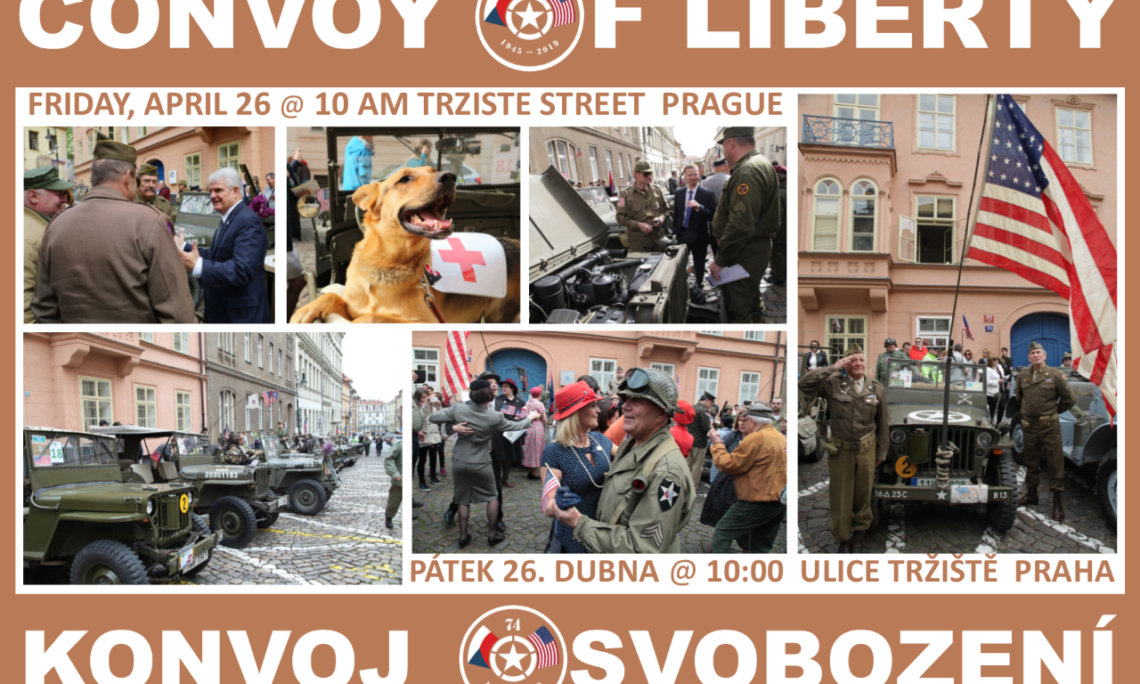 Marking the 74th anniversary of the end of World War Two, the U.S. Embassy in Prague will host the Convoy of Liberty at 10:00 a.m. on Friday, April 26.  The Czech Army Band will be on hand to welcome the participants.  In the days following this event, American diplomats will also participate in many ceremonies commemorating the liberation of the country from Nazi occupation in 1945.

The Convoy, which is co-hosted by the U.S. Embassy, is the traditional tour of Bohemia by military history clubs in authentic, refurbished vehicles from World War II.  The convoy is a tribute to the U.S. army that liberated Western and part of Southern Bohemia.  The authentic World War II allied military vehicles will be driven by a dedicated group of men and women wearing period uniforms.  Individual military history clubs will ride along the routes of allied armies.   The commemorations will culminate during the Liberation Festival in Pilsen (www.liberationfestival.com).