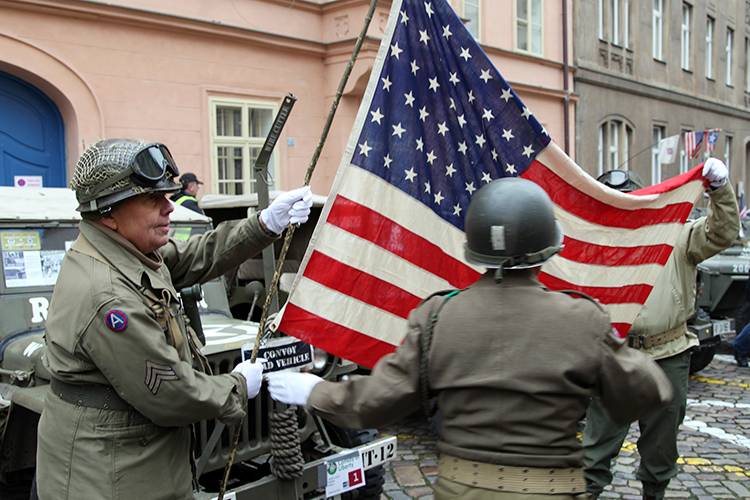 The Convoy of Liberty, marking the 72nd anniversary of liberation of Western Bohemia by the U.S. Army in 1945, started its trip in front of the U.S. Embassy in Prague on April 28. The tour was officially launched by the U.S. Chargé d’Affaires Kelly Adams-Smith.

“Today, in Prague, we launch the annual Convoy of Liberty that will travel to the regions in the west and south of the country liberated by General Patton’s Third Army. Reenactors drive World War Two jeeps and other military vehicles to remind us that young American men and women came to Europe to defend and to take back what was usurped by the Nazis. Many young Americans, and also soldiers of the other Allied nations, made the ultimate sacrifice, and through their sacrifice unselfishly assured freedom for future generations.

To the reenactors, let me thank you so much for your tireless effort to maintain the memory of those – regardless of their origin, beliefs, or background – who lost their lives so we could live in freedom. We shall never forget, ” said Chargé d’Affaires in her remarks.

The parade of American vintage military vehicles will arrive on May 5th in Pilsen where the biggest commemorative event, the Liberation Festival in Pilsen, has been taking place since 1990. The embassy representatives will participate in the main ceremony on May 6, 2017. 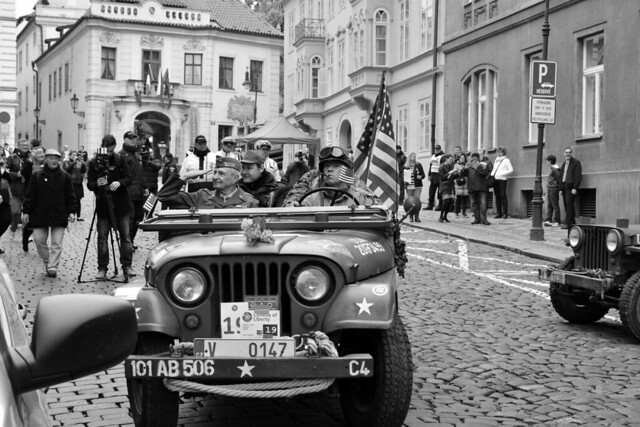