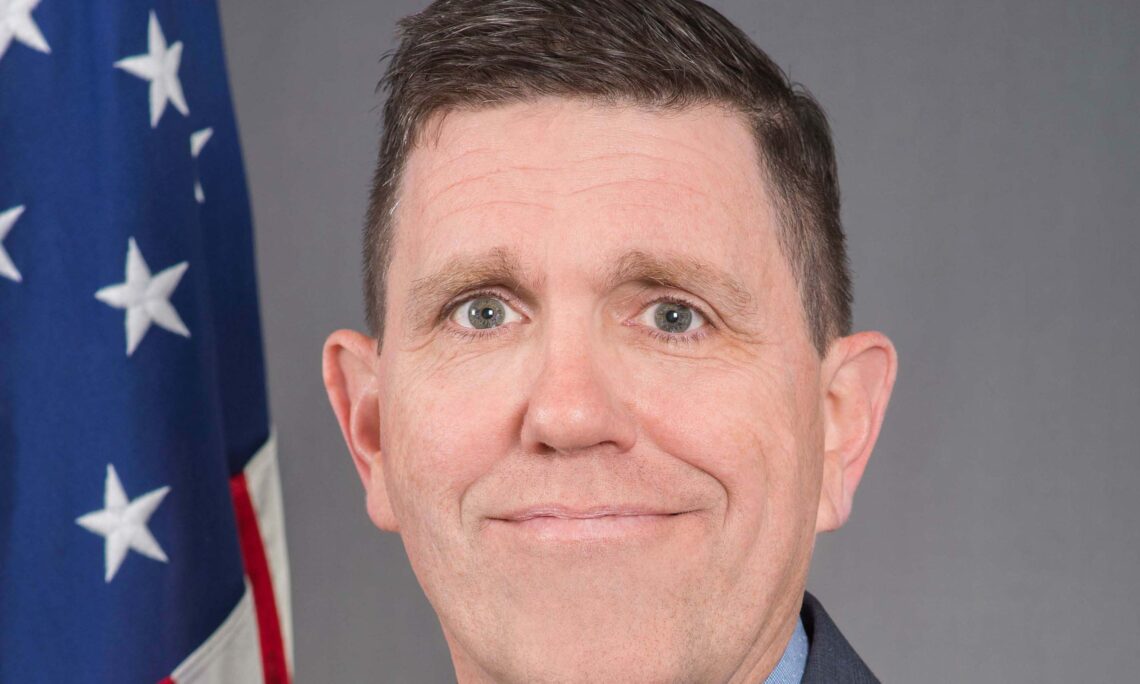 Ambassador Dodman assumed duty as Chargé d’affaires, a.i. at the U.S. Embassy in Prague on March 29, 2022.

Ambassador Dodman served most recently as the Acting Chancellor of the College of International Security Affairs at the National Defense University.  He served as U.S. Ambassador to the Islamic Republic of Mauritania from 2018 to February 2021, where he served concurrently as the U.S. Representative to the G5 Sahel Permanent Secretariat based in Nouakchott.

From 2015 to 2018, Ambassador Dodman served as Chief of Staff to the Under Secretary of State for Economic Growth, Energy and the Environment.  Ambassador Dodman’s work as Consul General in Karachi, Pakistan, was recognized with the State Department’s Ryan Crocker Award for Outstanding Leadership in Expeditionary Diplomacy in 2014.

In over 30 years as a U.S. diplomat, Ambassador Dodman’s career has focused heavily on economic development and partnership, with a particular focus on Central Europe.  He served as Political and Economic Counselor in Prague from 2004-2008, twice in Warsaw (1988-1990 and 1999-2002), and as the Economic Counselor at the U.S. Mission to the European Union (2009-2012).  He also served at the U.S. missions in Turkey and Iraq.

Ambassador Dodman graduated from Georgetown University’s School of Foreign Service and has master’s degrees from Princeton University and Boston University.  He speaks French, Polish, Turkish and limited Czech.  He and his wife, Joan, have four children.