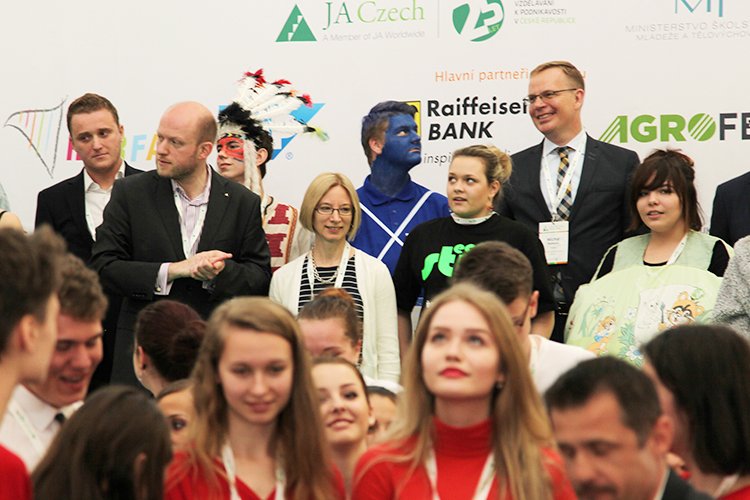 Chargé d’Affaires Kelly Adams-Smith participates in opening the trade fair of the Junior Achievement Student Company of the Year project on April 6, 2017.

Chargé d’Affaires Kelly Adams-Smith participated on April 5 in opening the trade fair of the Junior Achievement Student Company of the Year project. The Chargé congratulated participants of the competition on their successes, but also reminded them — by citing Nelson Mandela’s words, „I never lose. Either I win, or learn“ — that successes in enterpreneurship and other endeavours are sometimes preceeded by failures and we should not be discouraged on the way to fulfilling our goals and dreams.

JA Student Company of the Year is the world’s largest organization dedicated to giving young people the knowledge and skills they need to achieve economic success, plan for their future, and make smart academic and economic choices. The Czech brand of the organization was founded by Tomas Bata, Jr. and celebrates its 25th anniversary this year. JA Student Company of the Year project received the auspices of the U.S. Embassy in Prague.