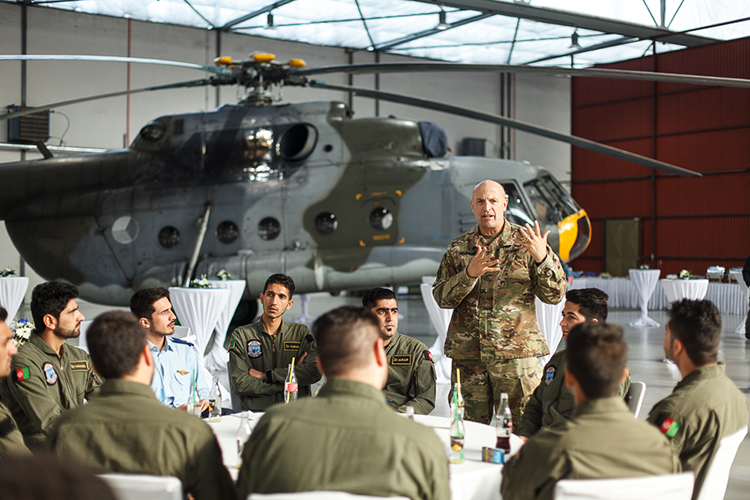 The officers are the fourth class of Afghan pilots to have completed the 15 month Flight Training Program run by the Czech state company LOM Praha in partnership with U.S. Company Raytheon.