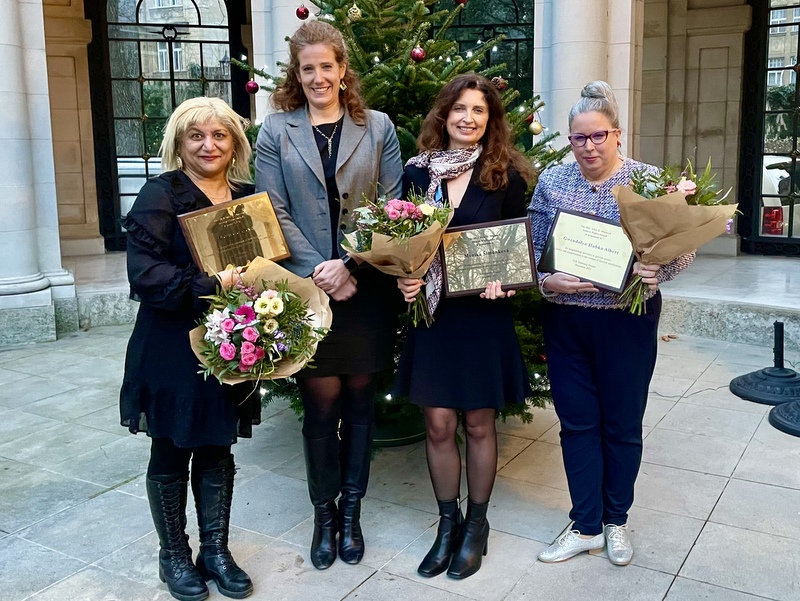 culmination of a 10-year effort of many people and securing one of the most important human rights victories of 2021.

Chargé Bachus commended the recipients’ longstanding advocacy to provide access to justice and compensation to the victims of forcible sterilization. “You have used your skills and knowledge to aid some of society’s most vulnerable members and that is truly a noble cause,” said Bachus.

The Embassy established the annual Alice Garrigue Masaryk Award in 2004 to recognize people and institutions in the Czech Republic for significant accomplishments in the field of human rights. The award’s namesake, Alice Garrigue Masaryk, was a prominent Czech-American humanitarian and founder of the Czechoslovak Red Cross. The award pays tribute to her devotion to combating social injustice and her personal courage as an advocate for human rights. The Embassy presents the award annually on or near International Human Rights Day on December 10.