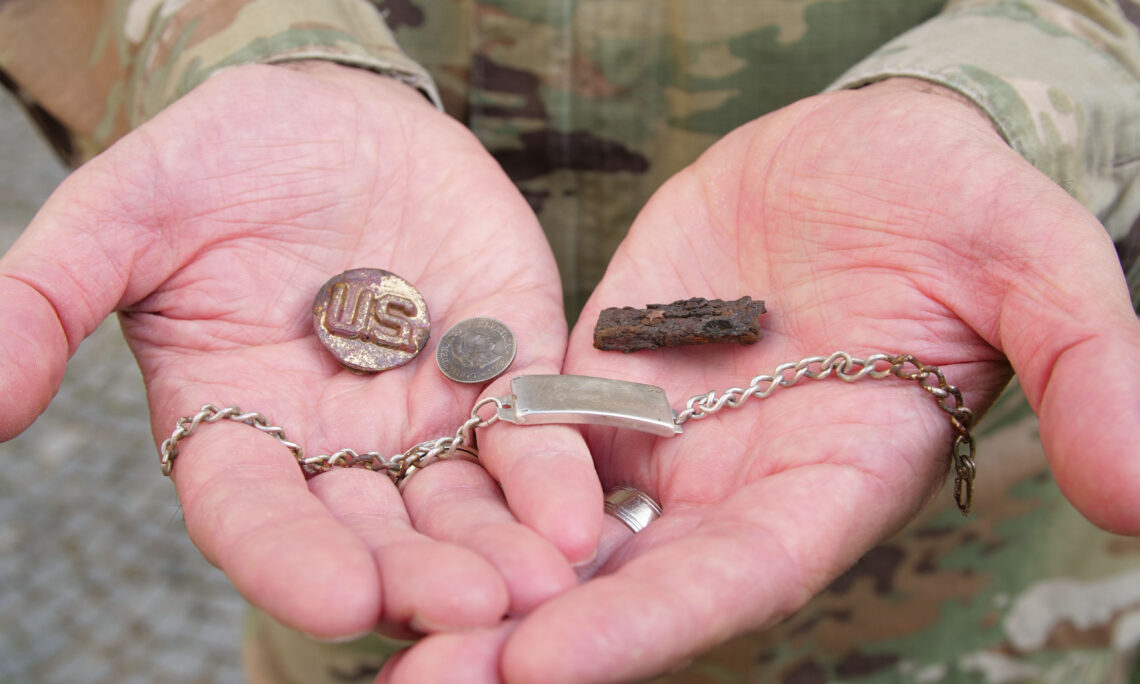 Petr Švihovec, a history buff from West Bohemia, found several personal items lost by an American soldier during World War II near Marianske Lazne. Thorough research with the help of historian Daniel Maly revealed that the silver bracelet, bronze star service ribbon, U.S. army lapel pin, and a Swiss coin belonged to Mr. Joe Ernest Esquibel, who participated in the U.S. liberation of Western Bohemia in the spring of 1945.

The silver bracelet was engraved with Mr. Esquibel’s signature and the name of his then-girlfriend, who he married after returning to the United States after the war. Mr. Svihovec also learned that Mr. Esquibel is still living in Colorado, and delivered his long-lost belongings to Embassy Prague Defense Attaché Colonel James Hackbarth for return to their rightful owner.