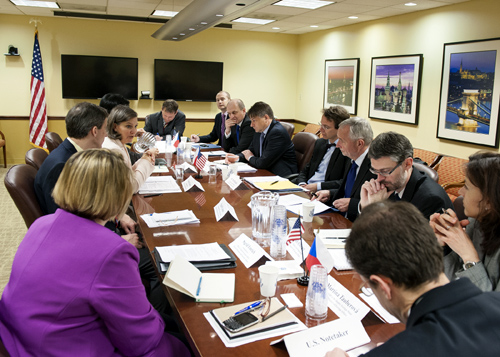 U.S. DEPARTMENT OF STATE
Office of the Spokesperson
April 10, 2014

The Strategic Dialogue was launched in 2008 to strengthen bilateral cooperation on political, security, economic, and human rights issues.  The annual dialogue reaffirms the strong bilateral partnership based on shared values and democratic principles.