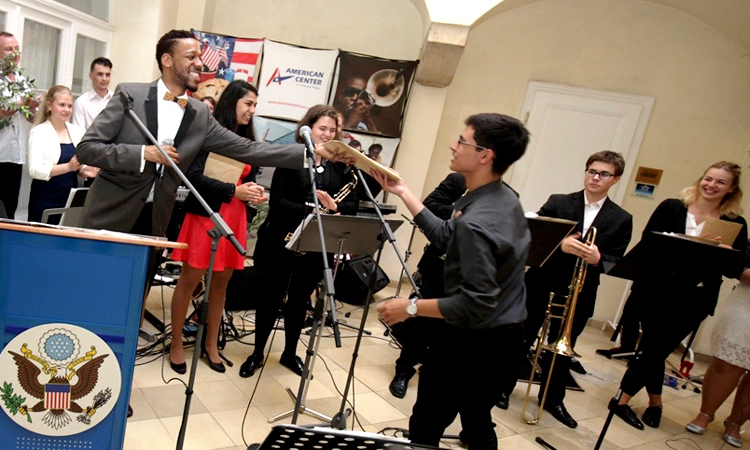 The U.S. Embassy in Prague’s American Center hosted a concert on May 24 to celebrate the end of its programming season. “As we celebrate our accomplishments this season, I am pleased that the American Center and our American Spaces in Brno and Pilsen have been used extensively to promote cultural exchange, English language, mutual understanding and our shared values with a specific focus on science and technology,” said Anthony Jones, Deputy Cultural Affairs Officer at the U.S. Embassy.

At this year’s concert, the American Center selected the Czech student band “Trmi©kus” from Trmice to perform a mix of Czech and American-songs. Additionally, a local American DJ performed a musical arrangement featuring classic jazz and R&B as part of the evening program.

During the official season (September 2015 to May 2016), the American Center held more than 300 events on topics of entrepreneurship, women’s leadership, American culture, and much more. The Center also arranged for American diplomats to speak at nearly 100 high schools and universities all over the Czech Republic. To learn more about upcoming programs at the American Center, please sign up for our newsletter here: http://www.americkecentrum.cz/newsletter/subscriptions