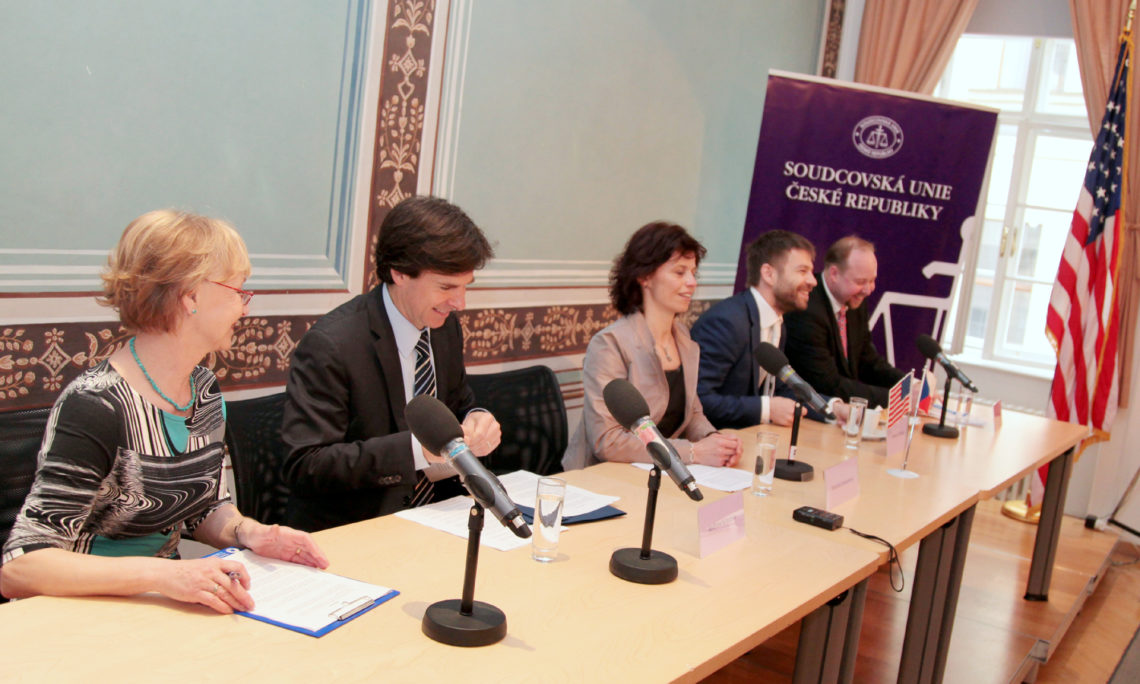 On 28th April, 2015, the American Center of the U.S. Embassy in Prague hosted a conference “Compatibility of the Position of a Judge with Other Activities” organized by the Union of Judges of the Czech Republic. The conference was opened by Ambassador Andrew Schapiro together with Minister of Justice Robert Pelikan and President of the Union of Judges Daniela Zemanova.

Ambassador Schapiro and Minister Pelikan stressed in their opening addresses that credibility and moral authority of judges is linked and dependent not only on their professional execution of their judicial power but also on the moral aspect of the conduct of judges in all walks of their lives.

Ambassador Schapiro recalled the long-term cooperation between the United States Embassy in Prague and the Czech judiciary in strengthening the  independence of judges and the creation of ethical standards.