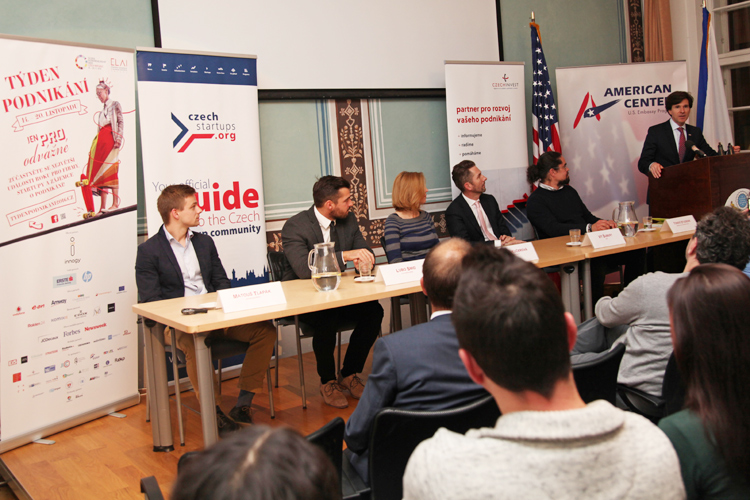 U.S. Embassy’s American Center held its second all day “Entreprelooza” conference in support of “Global Entrepreneurship Week” on November 15 in Prague. During the conference, some of the topics included: the role of women entrepreneurs and innovators in academia, and the experience of immigrant entrepreneurs, as well as their role as drivers of innovation and job creation.

Representatives of organizations that have successfully promoted social entrepreneurship also participated in a panel. U.S. speaker and entrepreneur Constantine Valhouli, founder of NeighbrohoodX and a Principal at the Hammersmith Group, shared his experiences of using big data and small data analysis to bring about a surge of new business products and services.

Representatives from the Czech business incubator GistInUp, legal firm Novalia, and innovation services firm Creative Dock further outlined the legal, financial and team-building aspects of starting a business in the Czech Republic. The final panel, which included participants who arrived to the American Center in a Tesla car, discussed their experiences starting an international branch in the United States with assistance of CzechInvest.

Ambassador Andrew Schapiro gave closing remarks to conclude the conference, which was then followed by a networking reception with local Czech entrepreneurs, Embassy officials, and others.