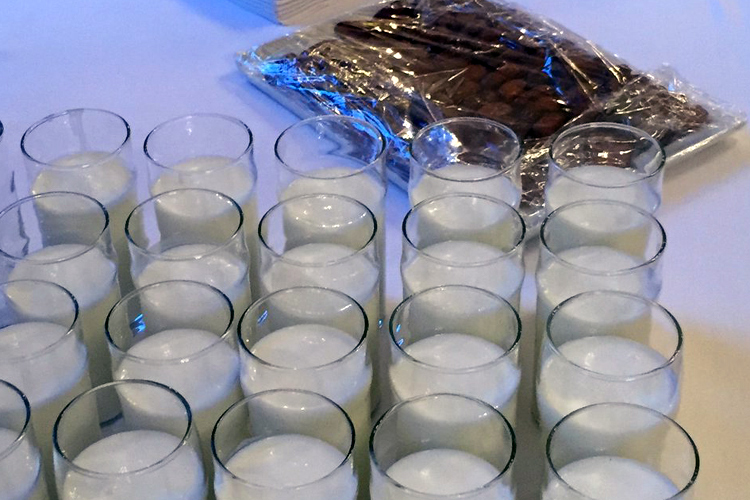 Traditional dates and yogurt to break the fast for Iftar dinner at the U.S. Ambassadors' residence.

Ambassador Andrew Schapiro and his wife Tamar Newberger hosted an Iftar dinner at the Ambassador’s Residence on the evening of June 20th to recognize and celebrate Ramadan, a time which is sacred to more than a billion Muslims all around the world. Ramadan is designed to bring self-purification through self-restraint and good deeds. Acts of charity and compassion for those less fortunate – including sharing of a meal – are encouraged during Ramadan.

The Ambassador noted that the Quran instructs us to tread lightly on this Earth, to respect all people, and, when confronted by ignorance, to reply in peace. He pointed out that those values are universal.