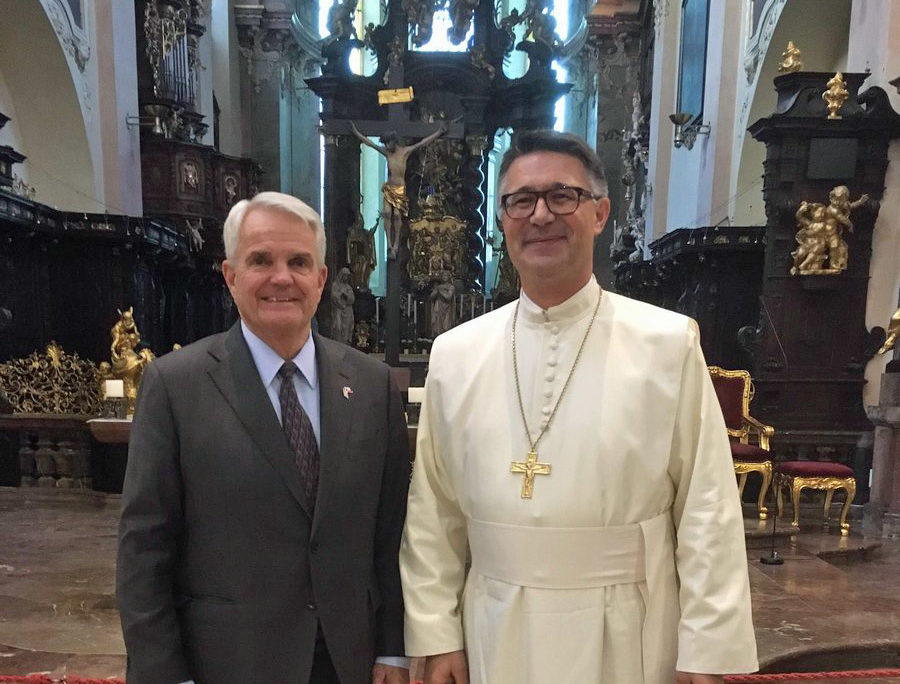 On May 24, 2019, Ambassador King took part in Night of the Churches and visited Strahov Monastery and Trinactka Brethren Church. The Night of Churches event opens churches of all Christian denominations to the broadest general public to offer them a chance to visit their premises and learn about Christianity without any commitment.  About 1,700 churches have joined the project this year, including 200 in Prague.

The Strahov Monastery is a Premonstratensian Abbey founded in 1143; it is the oldest such monastery in Bohemia.  In addition to a church, it has a world-renowned library that was incorporated into the Czech Memorial of National Literature, as well as a gallery of medieval art.

The Brethren Church (Cirkev Bratrska, CB) was formed in 1880s after a merger of the Czech Free Evangelical Church and the Free Reformed Church, which had been founded by Boston Mission Board missionaries in Prague. Trinactka (13ka) CB church in Prague 13 has a connection to the South Shore Community Church in Bay Shore, N.Y.