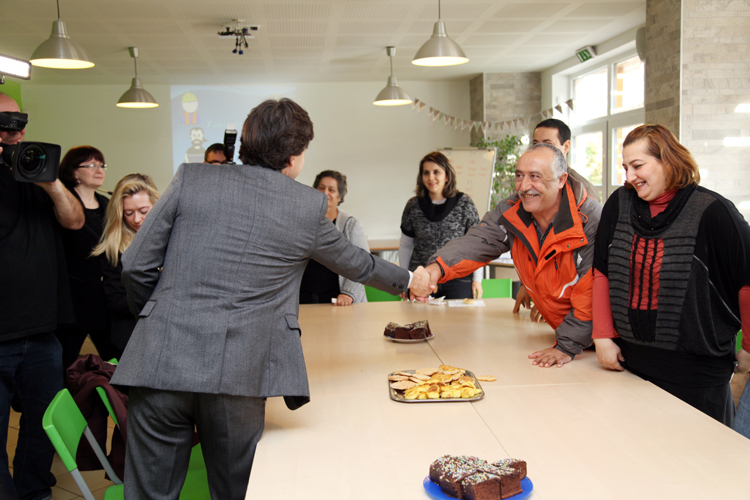 Ambassador Schapiro met with the group of Iraqis at the Community Center on November 4, 2016.

U.S. Ambassador Andrew Schapiro visited the Olomouc and Moravian-Silesian Regions on November 3-4, 2016. He spoke to students at Palacky University Law School, Jiri Wolker Gymnazium in Prostějov and at the University of Ostrava. Students were interested in learning more about U.S. foreign policy priorities, as well as the U.S. presidential election process.

Ambassador Schapiro also visited the newly reconstructed synagogue and museum in Loštice and met with both the founder of the NGO Respect and Tolerance Luděk Štipl and the local Mayor Šárka Havelková Seifertová. One of the highlights of the trip was the visit to Silesian Diakonia in Český Těšín, a group that was instrumental in the integration of a group of Christian refugees from Iraq.

Ambassador Schapiro met with the group of Iraqis at the Community Center and spoke with them about the challenging conditions from which they had escaped, as well as about their steps towards integration into the local community, including by learning Czech, pursuing employment and attending school. The trip was covered by local media.