On October 27, 2015, Ambassador Andrew Schapiro visited Johnson & Johnson GBS Center in Prague. The Center supports finance, IT, HR and procurement functions for the EMEA region and it is one of only five Johnson & Johnson centers worldwide. It was founded in 2006 and employs almost 400 people, more than half of total Johnson & Johnson employees in the country. 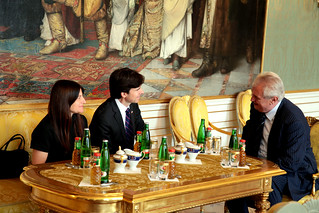