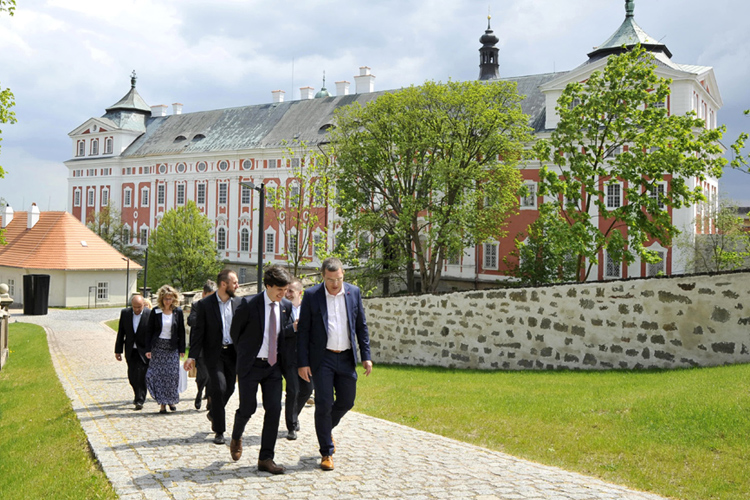 Ambassador Andrew Schapiro visits the Broumov monastery on May 13, 2016.

Ambassador Andrew Schapiro traveled to East Bohemia on May 13 to the town of Nachod and participated in the opening of the Music Theater Festival for children of special schools of the Hradec Kralove Region and toured the town with students of a local gymnasium. At RGP CZ, a U.S. owned company, the Ambassador met local representatives, and learned about their products.

‎The trip included also a visit to the Broumov monastery where the Ambassador met entrepreneurs and mayors from the Broumov region. Then he discussed the role of schools and families and the inclusion of Roma children at the Masaryk elementary school.  The Ambassador’s last stop was at the Eden Club for a very informal debate with a group of local residents about issues related to the region.