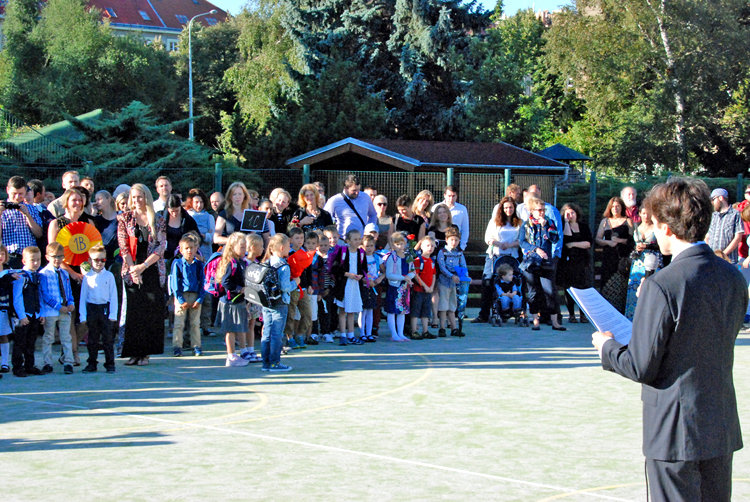 On September 1, Ambassador Schapiro visited Antonín Čermák Elementary School in Prague 6, named for a Czech American who became the 44th Mayor of Chicago. Along with school Principal Petr Karvánek and Prague 6 Mayor Ondřej Kolář, Ambassador Schapiro greeted the new first graders and their families as they arrived for their first day of school.

Ambassador Schapiro told the young students about his mother who lived in Prague in a building next to the school and also wished the youngsters and new students much success in the coming year.

Afterwards, Ambassador Schapiro toured the school and visited a class of fourth graders, who are studying in the school’s Czech-English program. 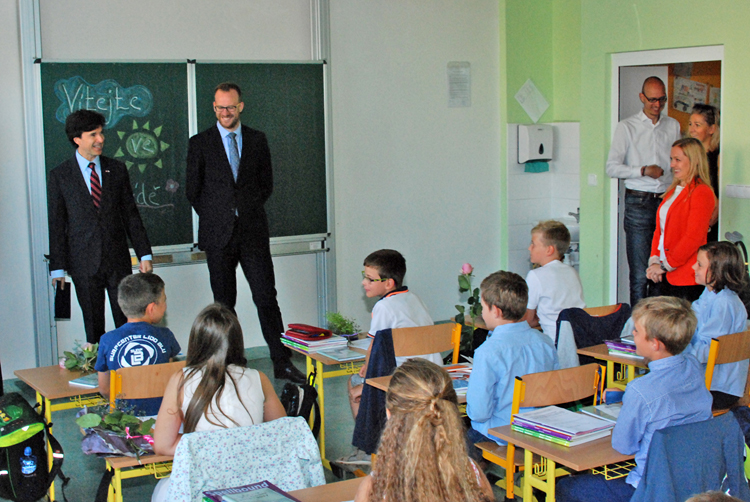 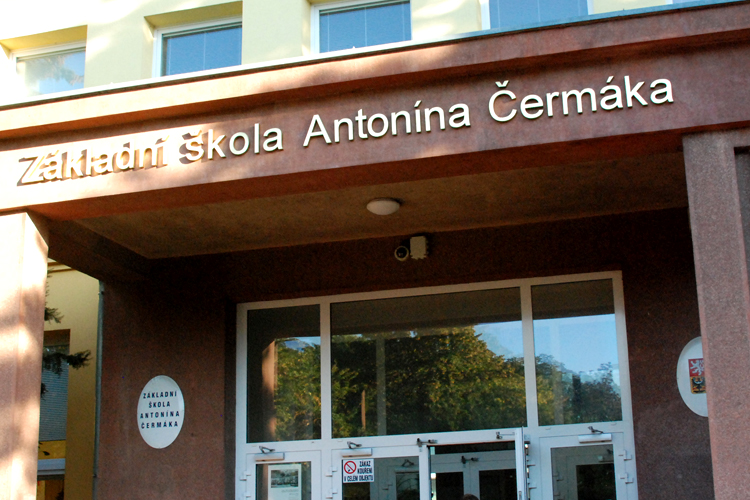