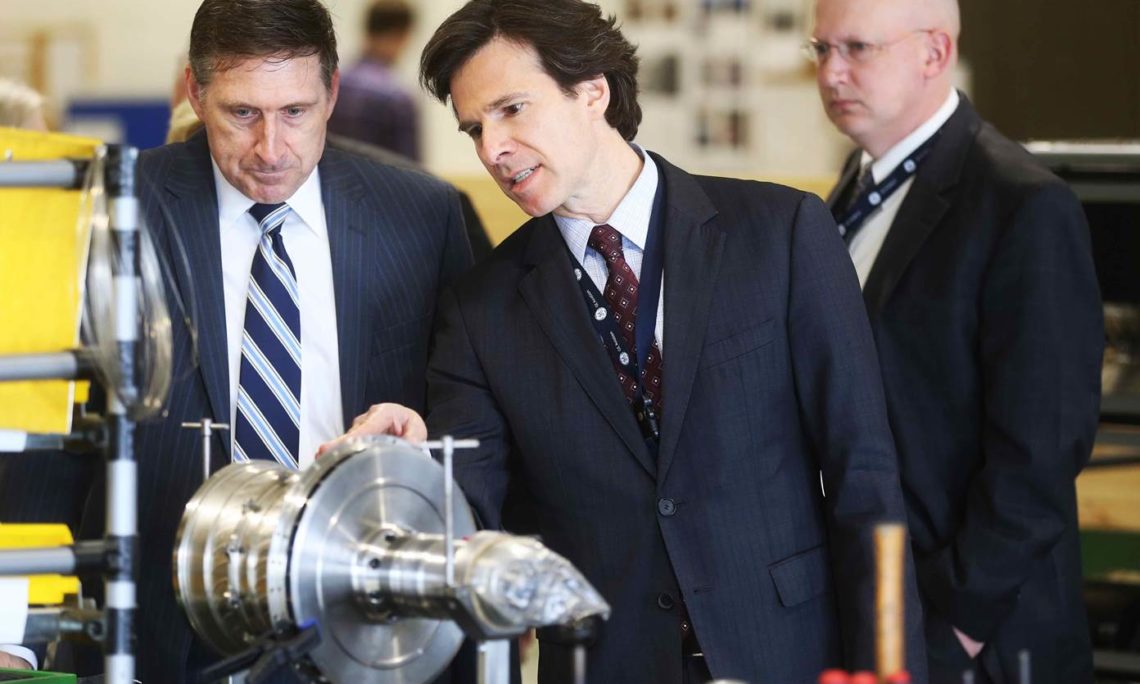 On April 16, Ambassador Andrew Schapiro visited GE Aviation in Prague-Letňany, the only place outside of the United States where GE Aviation builds aircraft engines.

The Ambassador was among the guests invited to GE Aviation Czech to celebrate a successful 2014, marking production and sales growth of 30% compared to 2013. Last year, GEAC was also awarded “Exporter of the Year” in a category for the best export transaction.

Since its foundation in 2008, GE Aviation Czech has grown into a hi-tech facility with 400 employees. The company is the biggest turboprop engine production and development center in the Czech Republic serving more than 100 customers globally and working on further innovations in aircraft engines production.