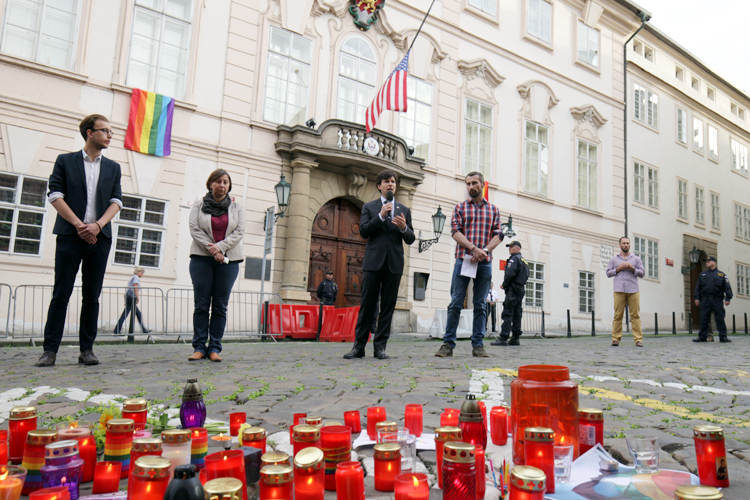 Prague vigils honoring victims of the shooting in Orlando.

Thank you to PROUD (The Platform for Equality, Recognition and Diversity) and all those who came out to honor the victims of the recent shooting in Orlando that targeted the LGBTI community.

Gathering more than one hundred people, PROUD organized a candlelight vigil in front of the U.S. Embassy in Prague on June 13 commemorating the victims of not only the most devastating attack against the LGBTI community, but also the largest mass shooting in American history.

U.S. Ambassador Andrew Schapiro joined PROUD representative Jan Kozubik and Deputy Minister of Human Rights, Martina Stepankova, saying “A combination of terrorism and hate found its outlet in a gay club, but it could have been anywhere. … In the face of hate and violence, we will not give in to fear. Instead, we will stand united as Americans to protect our people and defend our nation, and to take action against those who threaten us. … And we will remain committed to diversity in all its forms.”