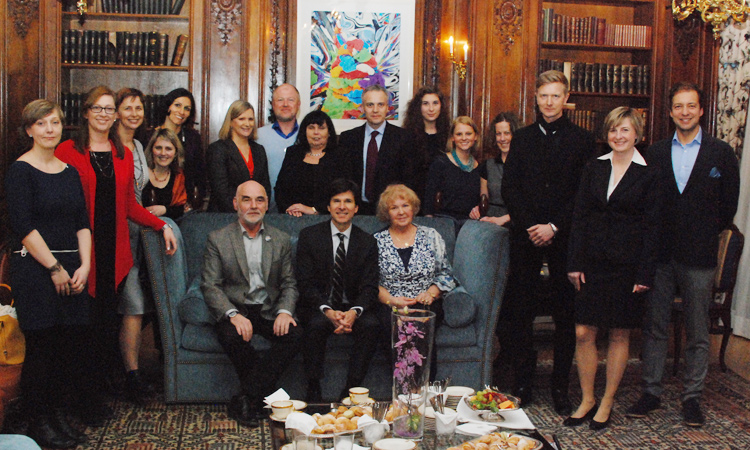 Ambassador Schapiro with awardees and partners of the Via Bona Award for philanthropy.

Ambassador Schapiro discussed on January 27 further development of philanthropy and civic engagement in the Czech Republic with awardees and partners  of the Via Bona Award for philanthropy.

Among the guests there were Via Bona awardees such as Mr. Vojtěch Sedláček, the initiator of the Roof First project or Mrs. Zdenka Wasserbauerová from the Czech National Marrow Donors Registry, as partners of the award Mr. Libor Malý, creator of gift-economy portal Hearth.net or PricewaterhouseCoopers Czech Republic partner Věra Výtvarová.