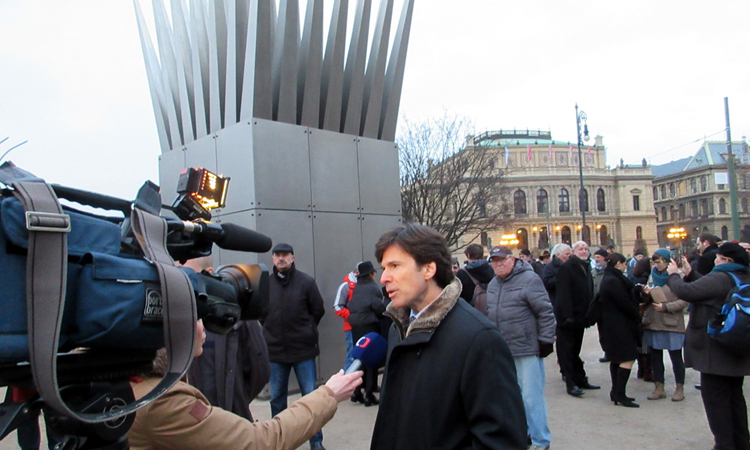 Ambassador Andrew Schapiro gives an interview to the Czech TV at the unveiling ceremony of Jan Palach Memorial in Prague.

On January 16, Ambassador Schapiro attended unveiling of Jan Palach Memorial designed by U.S. architect with Czech roots John Hejduk, who was inspired by David Shapiro’s poem “The Funeral of Jan Palach”. The new monument in memory of Jan Palach, the student who set himself on fire in protest against public apathy to the Soviet-led invasion of his homeland in 1968, was unveiled on the anniversary of his self-immolation at Alšovo nábřeží in Prague, an embankment near Jan Palach square.

The memorial is dedicated to Palach and his mother – each represented by a cube or “house” engulfed in flames, one bright, proud and upright, the other dark and bent in grief. A plaque at the base of the monument displays David Shapiro’s poem.