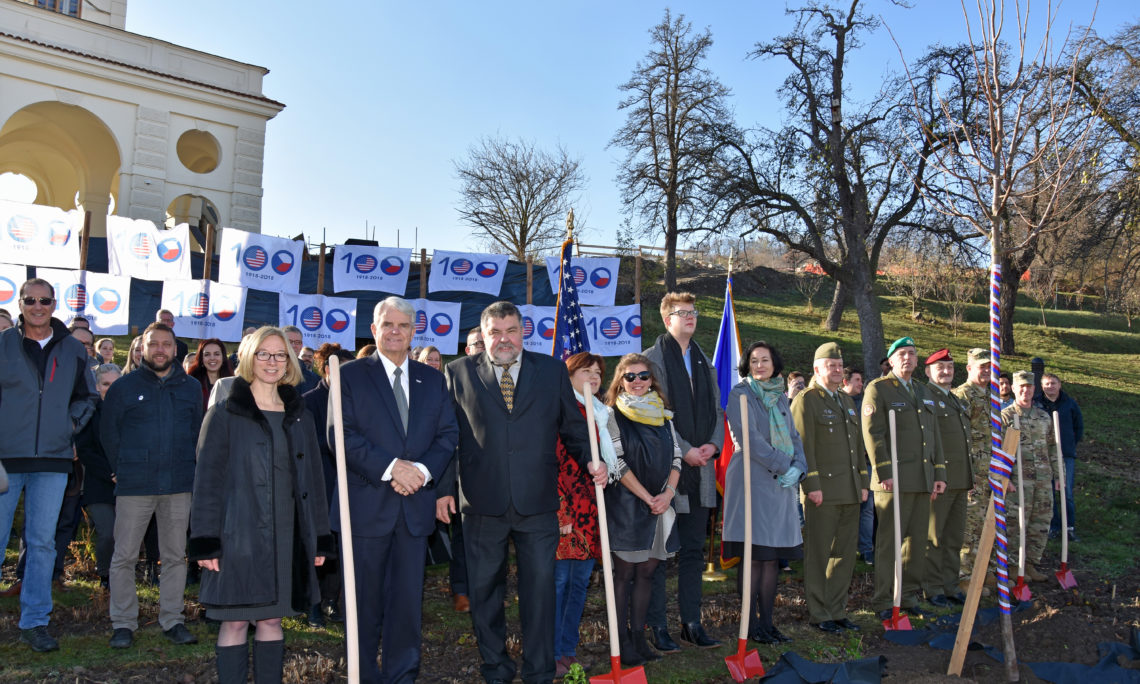 U.S. Ambassador Stephen King planted the final ‘Tree of Liberty’ in the Embassy gardens near the Glorietta.  He was joined by Miroslav Kundrata, CEO of the Czech Environmental Partnership, which organized the Trees of Liberty campaign, Czech military officials, a representative of the Czech Ministry of Foreign Affairs, and other guests. To commemorate the strong Czech-American partnership, the U.S. Embassy has worked with partners to plant thousands of trees around the Czech Republic as well as in the United States.  During today’s ceremony, Ambassador King said: “May this Linden tree remain a beacon of freedom and hope to new generations of Czechs, as an emblem of our mutual friendship.”

This year the United States Embassy is celebrating the 100th anniversary of the founding of an independent Czechoslovakia through public events, programs, and visits by senior U.S. officials.  This anniversary marks the beginning of formal U.S. diplomatic relations with the Czech people and their government.  The United States played a significant role in the creation of the independent Czechoslovak state in 1918, and recognized Czechoslovakia on November 12 of that year.

The Glorietta, where the final Tree of Liberty was planted, has symbolized freedom, hope, and democracy even during the darkest days of communism, with the U.S. flag flying on top.