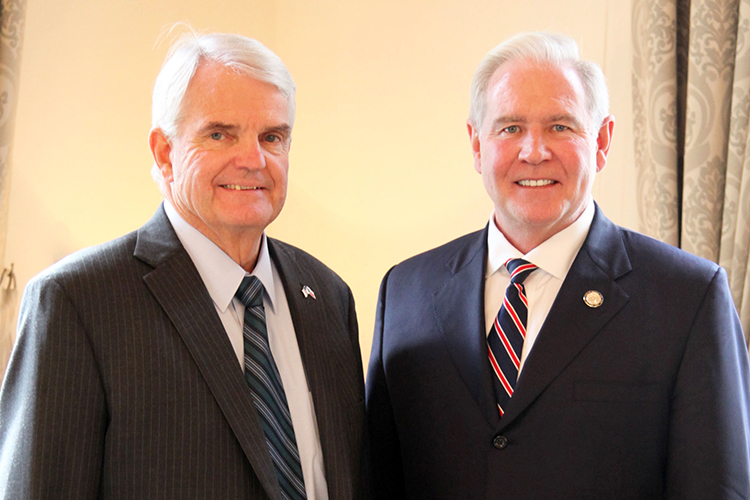 U.S. Ambassador Stephen King and Secretary of Commerce from the State of Indiana Jim Schellinger at the U.S. Embassy in Prague.

On January 29, U.S. Ambassador Stephen King met with Secretary of Commerce from the State of Indiana Jim Schellinger during the Secretary’s visit to Prague. Indiana Commerce Secretary Schellinger was visiting the Czech Republic to build closer relations with the Czech government and business community through increased trade and investment.

Ambassador King welcomed Indiana’s interest in the Czech Republic saying, “I am very pleased by Indiana Commerce Secretary Schellinger’s visit to Prague and his interest in furthering business and people-to-people ties between the State of Indiana and the Czech Republic. These are two of my priority areas in which I hope to see greater interaction between our two countries.”

The Ambassador welcomed additional visitors from Indiana especially during this year’s centennial celebrations of the U.S.-Czech bilateral relationship.