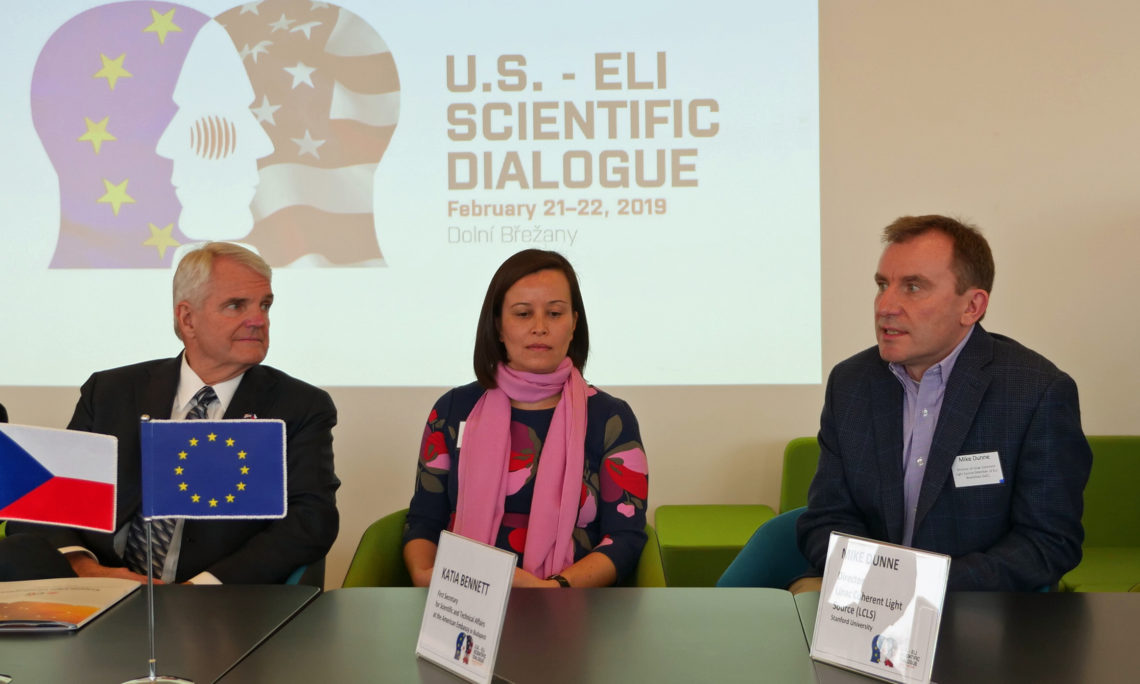 Ambassador King took part in the launching of the U.S.-European workshop at ELI Beamlines in Dolni Brezany on February 21 which will discuss collaboration between U.S. scientists and the ELI laser-technology research project.

King was joined at the workshop kick-off by Nobel Physicist Gerard Mourou who is one of the founding fathers of the ELI project, Deputy Education Minister Pavel Dolecek and Michael Prouza, the Director of the Institute of Physics, Czech Academy of Sciences.  “I am honored to launch this U.S-European dialogue at ELI Beamlines.  It is just one example of our commitment in advancing research and technology through value relationships like this one and ensuring access for U.S. scientists and researchers to these great projects. … Over the next two days of the dialogue, I hope we will build upon that foundation of cooperation to identify new opportunities for U.S. and European scientists to collaborate through the ELI pillars,” said Ambassador King who already particapated in the inaugurataion of the HAPLS laser system at ELI last July, developed in cooperation with the United States’ Lawrence Livermore National Laboratory.

Through the ELI project, the EU has established new laser facilities in the Czech Republic, Hungary, and Romania with some of the most intense lasers worldwide, creating new interdisciplinary research opportunities.