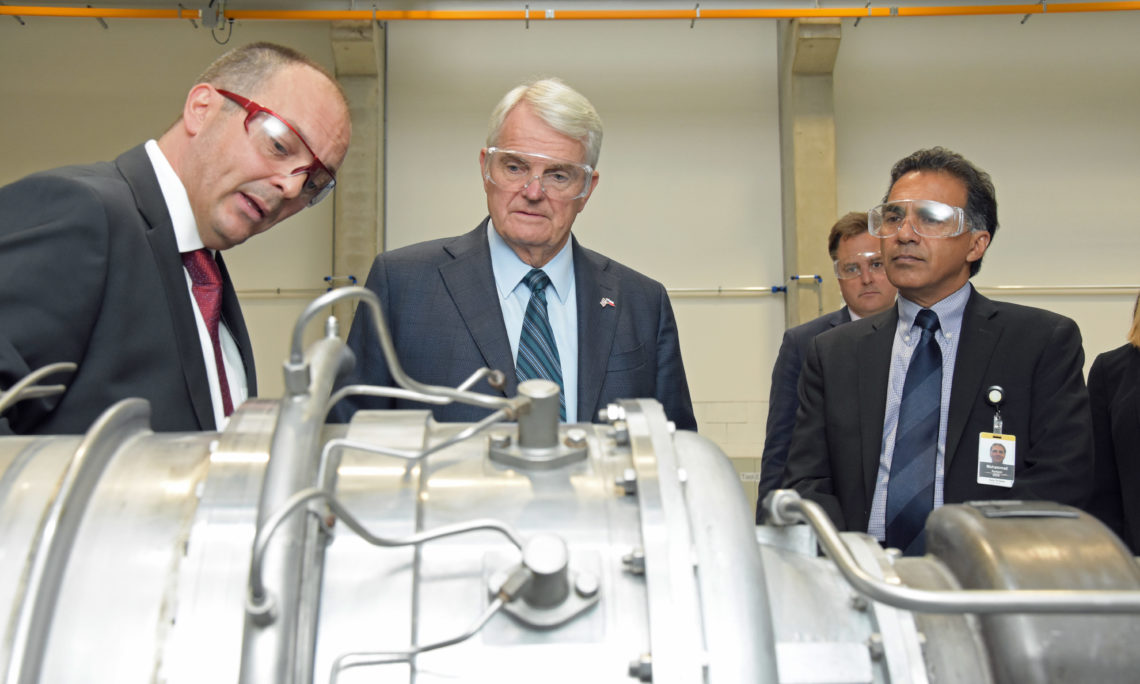 Ambassador King visited a production facility of U.S.-based Solar Turbines in Zebrak, Central Bohemia on May 15.  He discussed with the company leadership U.S.-Czech trade relations and Solar Turbines´ activities and plans in the Czech Republic.  “You do a great job in the area of energy and innovations.  I am pleased and impressed by what I have seen in this facility and that the management is looking to expand in this country to make it a central management operation for Europe,” the Ambassador said.

Solar Turbines´ products include gas turbine engines, gas compressors, generator sets and related equipment.  The company has three branches in the Czech Republic: facilities in Zebrak and Zatec and offices in Prague, which employ over 400 people in total.  Solar Turbines, a Caterpillar subsidiary, is headquartered in San Diego, California.