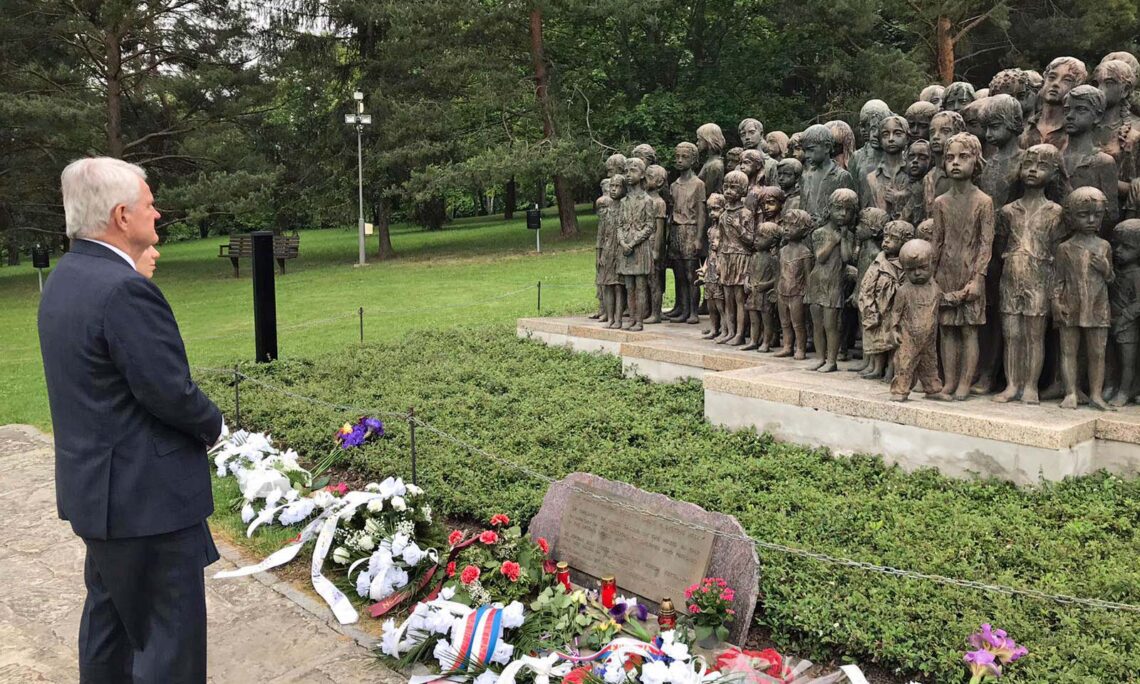 The U.S. Embassy representatives participated in the annual commemoration of one of the most brutal incidents of World War II: the Nazi annihilation of the Czech village of Lidice and the summary execution of most of its inhabitants in collective retaliation for the assassination of the senior German officer in Prague by Czech patriots in May, 1942.

Ambassador Stephen King participated in the commemoration ceremony in the meadow where Lidice had once stood, placing a wreath at the common grave and paying tribute at the wall of names of the hundreds who died and at the statue memorializing the children who perished:

“Today, we commemorate the tragic fate of Lidice and its residents killed by the Nazis in revenge. But we shall also be optimistic and look forward, like those who build new Lidice as a symbolic victory of freedom and humanity. Never again!”