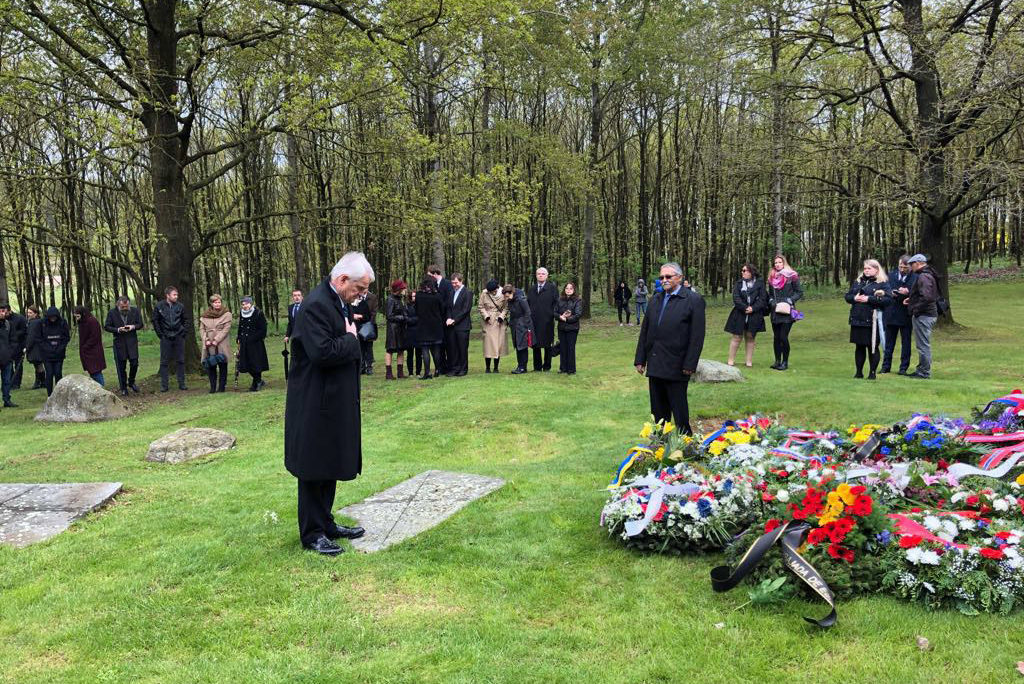 Ambassador King attended the annual commemoration ceremony for the Romani victims of Nazism at the Lety Memorial. The gathering is traditionally organized by the Committee for the Redress of the Roma Holocaust in the Czech Republic (VPORH), which brings together former Romani prisoners of Nazi concentration camps and their relatives, diplomats, government officials, and the media.

Addressing the gathering Ambassador King said, “In this world full of challenges, we must continue to honor and remember what happened here, teaching future generations as they take responsibility for defending our shared values: tolerance, equality, and opportunity for all people. If we are to ensure that the horrors of the Holocaust are never repeated, we must ensure that they are never forgotten. The sacrifices that people made here demand we never forget!”

The Nazis built the facility at Lety u Pisku to serve as a penal labor prison in 1940. Over 1,300 members of the Roma and Sinti communities were imprisoned here by 1943. Another 327 inmates were murdered at Lety u Pisku by this time; 500 more were transported to Auschwitz. Three hundred victims survived the war. A second concentration camp for Roma and Sinti from Moravia was established in Hodonin u Kunstatu. According to estimates, 90 percent of the Roma and Sinti population who lived in the Nazi-ruled Protectorate of Bohemia and Moravia were killed.